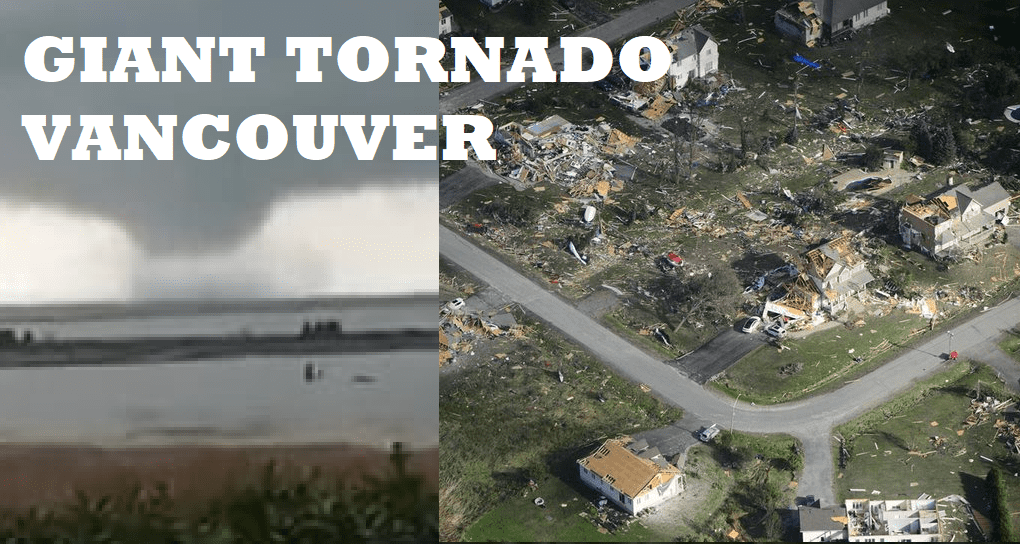 Only in the last article, we were informed about the 2nd strongest October tornado season in all-time history in the USA /https://mkweather.com/usa-october-with-the-2nd-most-tornadoes-on-record//.

October was in parts of North America extremely warm, with a result of an anomalous number of tornado reports.

What is maybe more interesting is, that a very rare late tornado hit the city of Vancouver at the weekend.

Before this weekend, only seven tornados had ever touched down in the Vancouver area over the past 70 years.

Wind gusts are estimated to have reached 90 to 110 km/h, sending trees toppling at the University of British Columbia.

According to preliminary estimates, it should be an EF0 or EF1 tornado, but it appeared very giant and scary – and many people caught it on their photos or videos (Tweets below).

The weather office confirmation comes after a survey of the damage, which found broken and uprooted trees, debris, downed power lines, and a damaged vehicle.

Tornadoes in Canada are rarer than in the USA, but after an unprecedented heatwave (+49,6°C in June 2021 in Lytton, British Columbia), their amounts will be probably increased not only in the Great Lakes region but too in West Coast or in Canadian Prairies, in the next years.

According to Winter 2021/2022 forecasts, almost all Canada expects anomalously cold winter, with a peak around February 2022 /https://mkweather.com/winter-2021-2022-forecast-for-northern-hemisphere-an-awakening-solar-activity-la-nina-neutral-nao-ao-wet-mjo-and-iod-to-drier-mjo-and-iod-qbo-ne-pacific-warm-blob-aao/; https://mkweather.com/winter-2021-2022-forecast-for-north-america-a-peak-of-winter-with-extreme-arctic-blasts-and-blizzards-in-february-2022// and tornadoes will be almost impossible.

The next tornado season will be peaking in the second half of Spring 2022 or in early Summer 2022.

(Visited 165 times, 1 visits today)
Liked it? Take a second to support on Patreon!