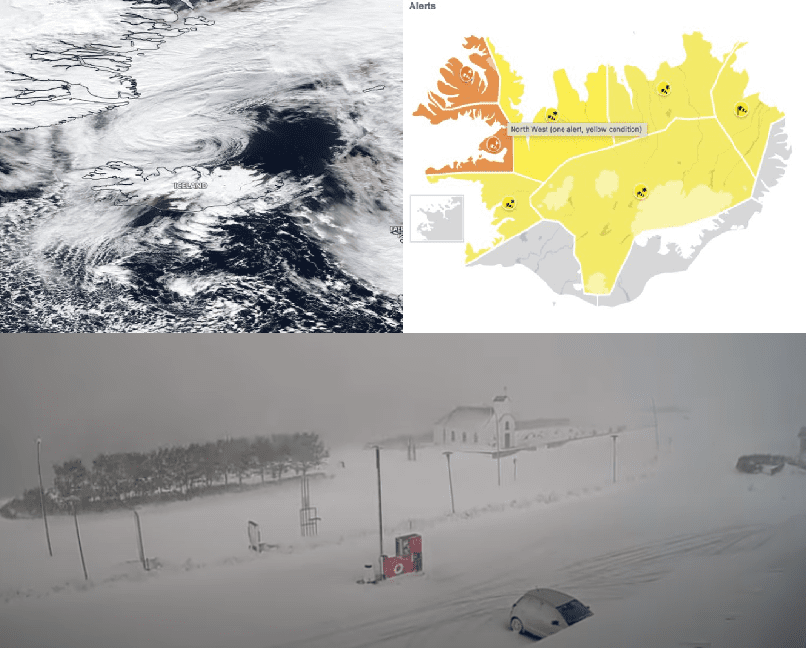 In the next period, a large part of the polar vortex will be shifting above Europe /https://mkweather.com/the-1st-half-of-october-2021-in-europe-any-indian-summer-but-without-snow-rains-will-be-shifting-from-nw-to-se-sector-days-with-daily-temperatures-only-5-10c-in-some-regions// and this area has already shifted above northwestern Europe, including Iceland, where the severe blizzard was on 27.-28. September 2021 reported.

Hit by dozens of centimeters of snow was mainly northeastern parts of the island, where the 2nd warnings before a severe snowstorm were valid.

In Reykyavik, the minimum temperature on 28. September dropped to -0,4°C and snowing appeared, too.

In the next days, severe storms will shift above British Islands and then parts of western Europe and Central Mediterranean.

Above Genoa Bay will be deepening individual Mediterranean pressure low, divided from the destabilizing vortex, with a possibility of severe storms in southern France, Italy, Balkan, Greece, or Western Turkey, but too in the Alps or even the Carpathians.

According to the newest information, temperatures up to -7°C and snow are possible in higher elevated parts of Scotland, too – we will look at it together with expected severe storms in British Islands in the next Mkweather article.

After a shift this low-pressure region above Europe eastward, cold weather should hit parts of Europe in the 2nd or the 3rd decade of October 2021.

(Visited 152 times, 1 visits today)
Liked it? Take a second to support on Patreon!