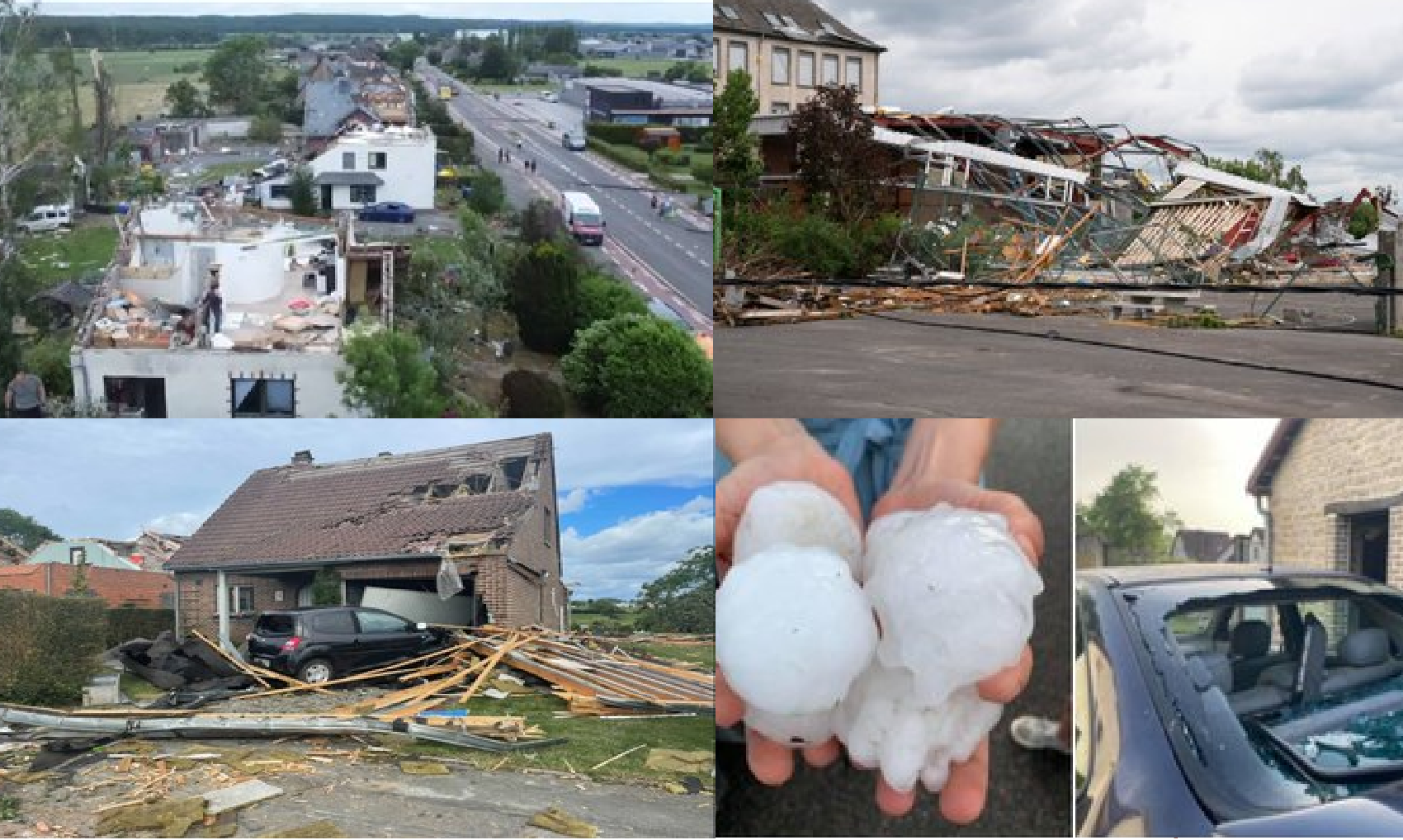 Southwestern Germany has ended completely flooded according to the current news, but we should for a time return back into Benelux, where extremely strong tornadoes hit densely populated area.

The next 4 tornadoes appeared in France and 2 in the Spain in last days.

Most of the injured people were on the terrace of one of the local cafes at the time of Saturday’s storm.

92 damaged buildings were reported, ten of which are reportedly destroyed with an extent that they can no longer be occupied.

A strong storm also hit the area west of Utrecht in the Netherlands on Saturday, where 9 next people suffered injuries.

Series of extreme storms will replace anomalous heatwave in many parts of Europe until the following weekend /for more information scroll our homepage/.