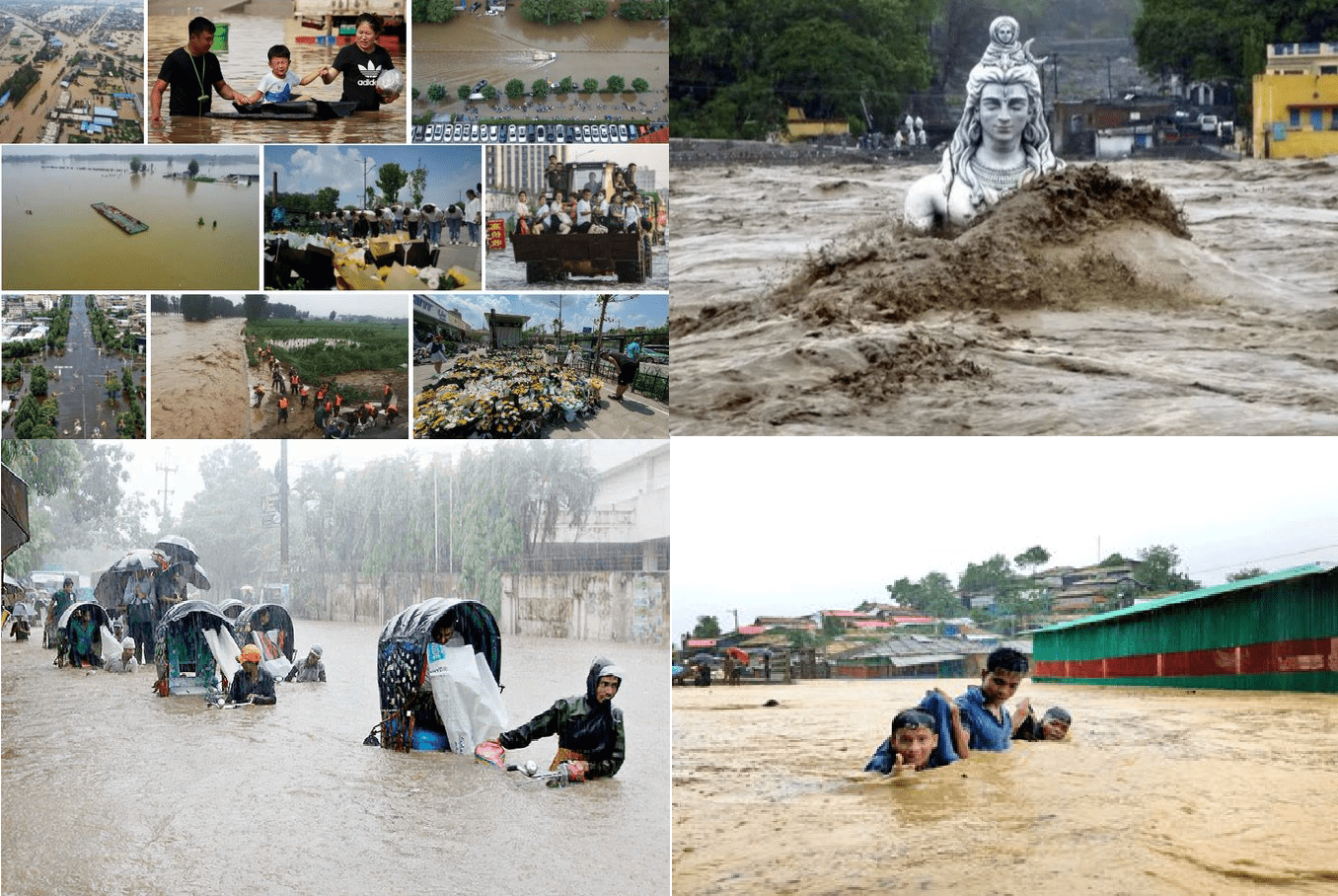 Together 811 dead and missing caused widespread floods in monsoon parts of Southern and Eastern Asia only in the last days (China 302 dead and 50 missing, India 213 dead, Afghanistan 113 dead and 110 missing, Bangladesh and Myanmar border 20 dead and Islamabad, Pakistan 2 dead).

A wave of extremely strong monsoon rains hit Central China, such as the Mumbai region of India, the border region of Bangladesh with Myanmar, parts of Afghanistan, and Islamabad, Pakistan. Severe floods are reported from northern India, Nepal and southern Bhutan, too.

The worst situation was in Central China, the Mumbai region, India, and Afghanistan, where more than 200 missing in every region was reported and floods caused widespread damages.

According to the 16-day forecast, heavy monsoon rains are forecasted in the western coast of India, northern India and Nepal, northern Bangladesh, northern and coastal Myanmar, northern Pakistan, and northeasternmost Afghanistan.

Heavy rainfall is forecasted too in the southern half of China, northeastern China, Taiwan, North Korea, and Japan – mainly Honshu until 20. August 2021.

In mentioned regions, the next devastating floods should appear by the end of Summer 2021, and to make the worse relatively bad balance of 2021 floods in monsoon Asia.

Despite current increased typhoon activity, the below-average typhoon season is until the end of 2021 forecasted, therefore, soon should be parts of Eastern Asia relatively dry, thanks to expected AO- in Autumn 2021 with early season frosts. Winter should be thanks to NAO+/AO+ periods according to current estimates warmer, but still relatively cold thanks to expected La nina.