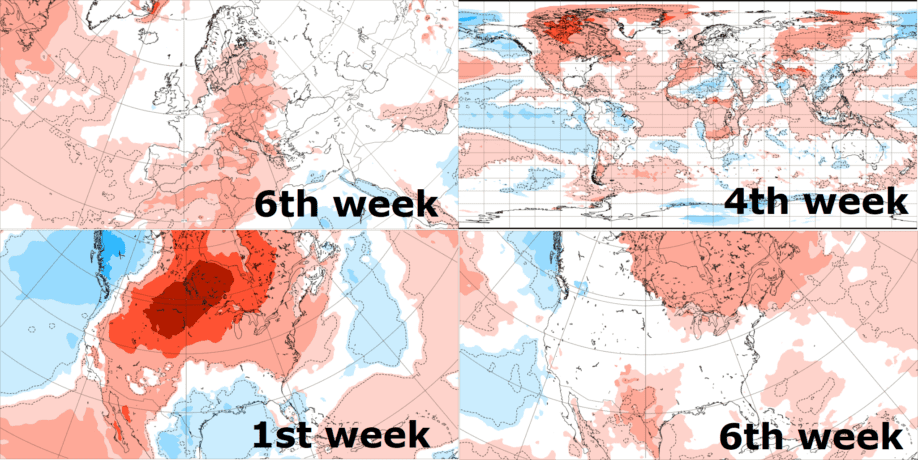 Now, we should look at the outlook until 15. November 2021 from ECMWF for Europe, North America, and World.

Indian summer should gradually appear in western and central parts of Europe, maybe including the first half of November 2021, when temperatures above +20°C will be still possible.

Very strong Indian summer anomaly will be shifting from southwestern and central parts of the continent abode eastern half of Canada.

After the cold period in central parts of Asia and China, Indian summer should later appear in southern Siberia and Eastern Asia.

Eastern Sahara and Sahel will be colder such as in western parts.

Eastern India will be warmer than eastern, the northern Middle East will be firstly colder, but other parts stay mostly very warm.

Amazon will be thanks to the season of rains colder, but the northern Andes firstly hot.

In southern parts of Australia, Africa, and South America, alternating of heatwaves and coldwaves will be continuing.