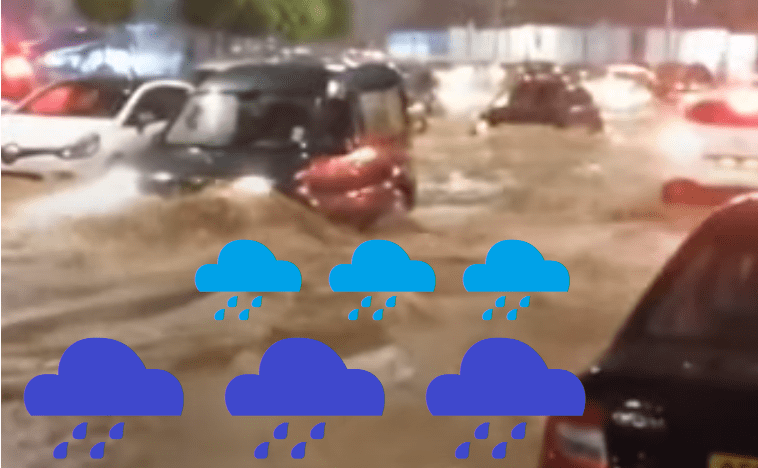 A negative phase of the North Atlantic Oscillation has produced the next Mediterranean low, which has already brought severe floods in Algeria and Spain and continues above the central Mediterranean!

In Algeria, many cities, including Algiers found themselves underwater, in the capital city and metropolitan region up to 1 meter high.

Floods hit before Algeria in Spain – mainly in Alicante and Valencia regions, similarly with floodwater up to 1 meter.

Extreme rainfall was reported from Sicily, Italy, too – in Mazzarino up to 145 mm / 9.5 hours on Friday, 22. October 2021. Together 7 tornado reports were observed in Italy on the front side of the system in the last days, including the coast of Roma.

The dangerous Mediterranean system is currently shifting above Tunisia, Italy and Libya (and partially Greece).

Regionally, 100-300 mm is in the region possible, with possible floods in southern Italy, northern Tunisia, and the Libyan coast.

Meanwhile, central and south-central parts of Europe will stay in a very calm and extremely warm sector until 10. November 2021, with a possibility of anomalously warm Indian summer /https://mkweather.com/november-brings-an-abnormal-heatwave-france-30c-germany-25c-the-uk-23c//