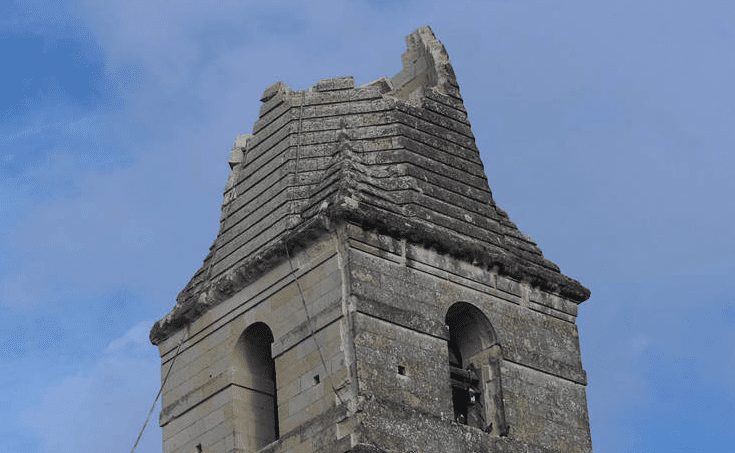 During severe storms with measured wind gusts up to 137 km/h in Meaux (Seine-et-Marne), 131 km/h in Mont-Saint-Vincent (Saône-et-Loire) and 129 km/h in Clamecy (Nièvre), severe tornado reported too in ESWD database went trough the city.

Tornado ripped off a local church bell and all church is after the storm heavily damaged.

The next 50 buildings, vineyards, crops and farmlands were heavily damaged and many trees uprooted.