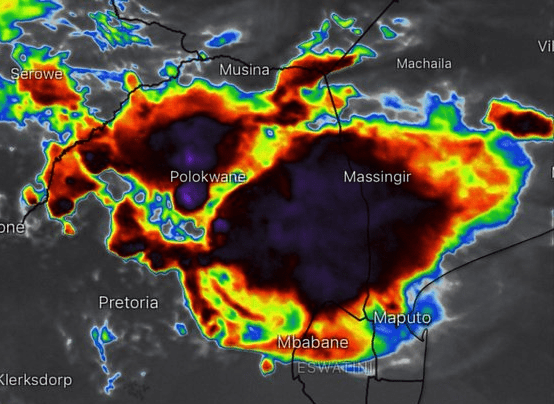 Already in the last article, we have warned before severe heatwaves and hailstorms in southern-African states /https://mkweather.com/tete-mozambique-455c-never-has-been-so-hot-in-southern-hemisphere-so-early-hailstorms-in-south-africa-killed-450-ostriches//.

While in early November 2021, +45,5°C in Mozambique was the hottest temperature in Southern Hemisphere measured so early in the season, the last days brought the next interesting observations from southern-African countries.

Vioolsdrif, northwestern South Africa reported on 16. November 2021 +43,9°C and extremely hot was in other parts of SAR, too, including mountainous regions – around 1500 MASL above +35°C (Tweets at the end of article).

Tennis-ball-sized hail was destroying everything, with widespread damages on the property.

Negative IOD is bringing calmer cyclone season and stronger heatwaves and storm systems above the region and this trend is forecasted minimally until January 2022.

During the second half of summer season 2021/2022, positive IOD is predicted, which should mean more cyclones, colder weather, and heavy rainfall with floods mainly for eastern parts of south-African states, Madagascar, and islands in the Indian Ocean.

(Visited 52 times, 1 visits today)
Liked it? Take a second to support on Patreon!