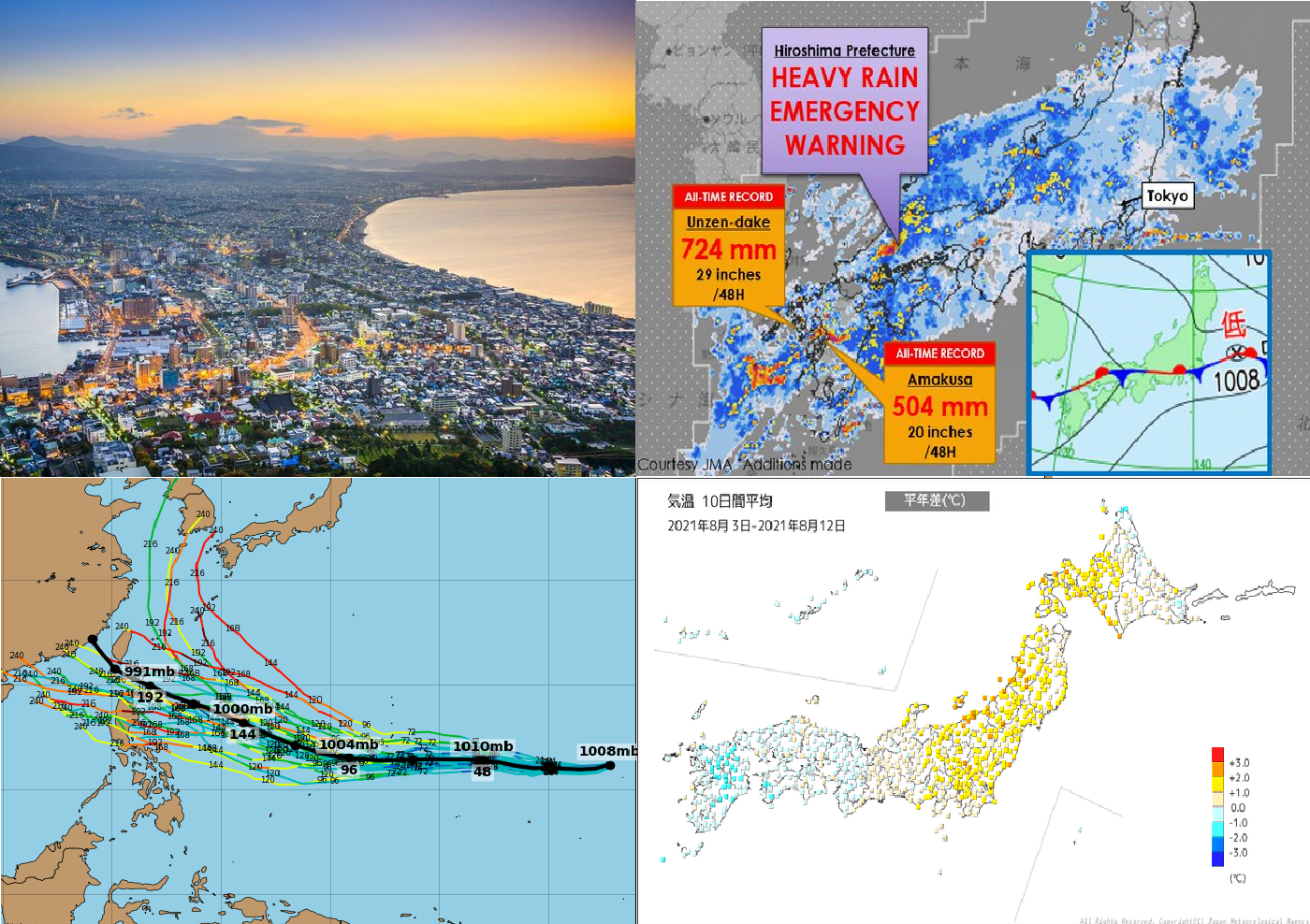 It´s after all – Olympic Games are ended and above Japan, miraculously has replaced a +40°C-heatwave airflow of Arctic air, with almost historic temperature national records.

However, while Hokkaido is more clearly and extremely cold, in southern parts of Japan, heavy rains with floods occurred in the last few days.

Floods are reported from Thailand, too – mainly region of Surat Thani.

The coldest temperature in Japan was measured on 12. August 2021 in Numakawa, only +2,6°C, which is only 1,2°C above the all-time August national record from Japanese lower situated regions.

Evacuations due to heavy and prolonged rains have been announced for nearly 3 million people in Kumamoto and Hiroshima prefectures.

10-day mean temperature anomalies were lower than normal in West Japan due to prolonged rainy days with cold airmass in the last period.

In Thailand, raging currents of flood swept away the roof of a shop at Surat Thani province. Due to heavy rain, water from the Nuea Khlong waterfall flowed down the mountain.