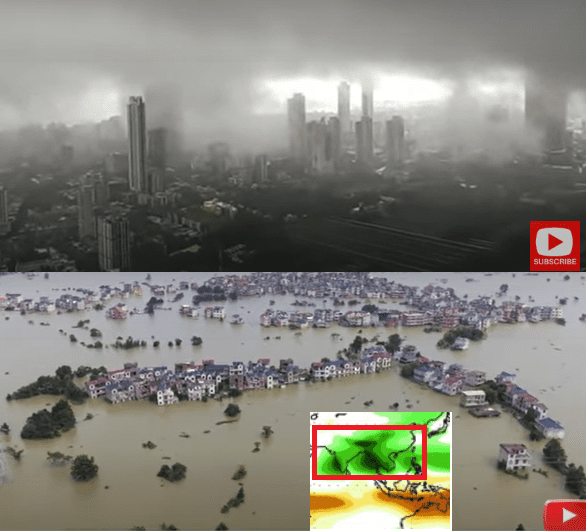 Many parts of China and India with a hundred millions people in the summer 2020 hit historical late monsoon floods, which caused extensive damages and hundreds lost lives in region. Reports about damaging storms with severe floods was reported from Asia during June and in July 2020 situation has became even worse.

Heavy floods are caused by climate change according to scientists – late summer monsoon has becoming stronger in parts of southern, southeastern and eastern Asia, with maximum increase in the Bengal Gulf, Eastern Himalayas and central China. On the other hand, Indonesia and parts of northern Australia are becoming drier.

According to Wang (2014), warm Northern Hemisphere-cool Southern Hemisphere pattern induced hemispheric SLP difference favors the Asian monsoon but reduces the Australian summer monsoon rainfall. Such as tropical air from deserts in African-European and North-American sector is shifting, humid monsoon climate is too expanding from south to the north, with precipitation increases +2/+10 mm/day/year above mentioned area and in southwestern India.

It is possible, that similar summer will be in the next years in Asia more often and China, India and Southeast Asian countries had to be prepared for more severe storms and flooding during next decades thanks to climate change.

A videodocumentation from China and India from July 2020