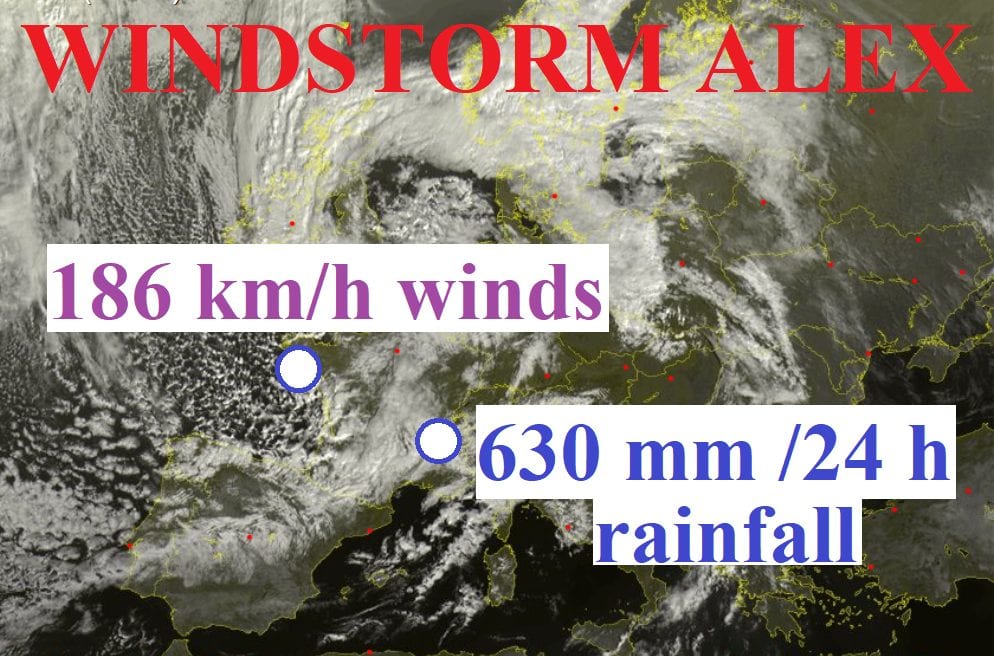 Windstorm Alex is bringing significant worsening of weather across Europe, with excessively strong winds and rainfall. On Friday, in France was reported wind gusts up to 186 km/h in coastal areas of Brittany and at the weekend, anomalously rainfall occurred in France and Italy, with maximum 24-hours precipitation amount in Piedmont region (Italy) up to 630 mm (24.8 inches) (!) and in Alpes-Maritimes department in France recorded 500,2 mm (19.7 inches) (!) of rain according to watchers.news.

According to videos updated on Youtube, floodwater has taken whole houses, damaged roads, bridges, crops and property, while severe winds were breaking trees and shattered windows.

Situation in France and Italy, and too in some regions in Spain, the UK and other countries is disastrous and thanks to slow moving of the system, next heavy rains are expected until Wednesday. Next days, too, severe storms in the front of the system will shift over more eastern and southeastern parts of Europe, where could cause damages.