Siberian winter in the Spain continues! After all-time temperature record, -34,1°C (or -35,8°C in the Spain from not-AEMET stations) /https://mkweather.com/2021/01/07/siberian-winter-in-the-spain-341c-new-national-temperature-record// and the worst snowstorm in the Spain for 50 years /https://mkweather.com/2021/01/09/madrid-50cm-of-snow-aemet-confirmed-the-worst-snowfall-since-1971//, some mountainous, but lower situated basins and valleys in the Spain are under the snow and in extremely cold Siberian air, minimum temperarures still are falling anomalously low!

Only AEMET measurement (-25,4°C) is the lowest temperature in lower altitudes in the Spain after 2000.

On Tuesday, frosts in these regions were little weaker thanks to calamity low, which is bringing snowing into many parts of Europe /https://mkweather.com/2021/01/12/calamity-low-in-europe-right-now-sweden-with-red-warnings-poland-with-50-cm-outlook// - in St. Jakob in Defreggen -22/-23°C, in Lienz -21/-22°C, in some stations in Czechia below -20°C and in Le Bréviene, Switzerland -22°C.

After a Scandinavian pressure low however, during next days will come next Siberian dose or air into Europe from the north, with expected even lower temperatures.

In low situated basins and valleys we should already overcome -30,0°C, what do you think?

Tuesday´s minimum tempratures from the Spain /Extreme Temperatures around the World, Twitter: 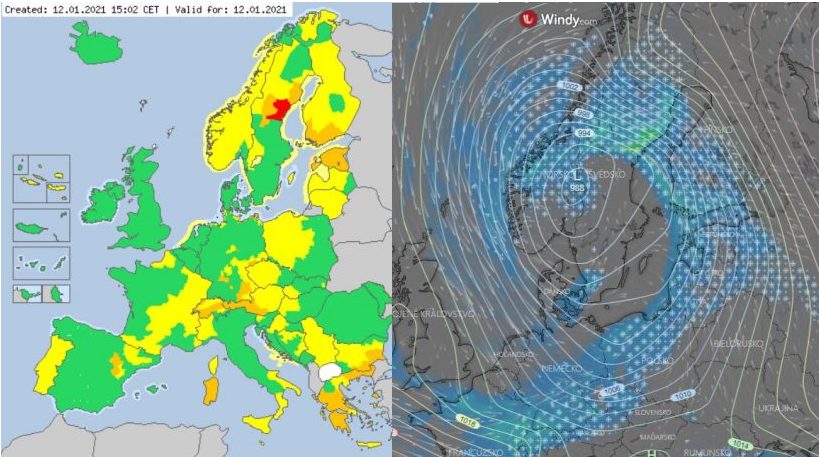 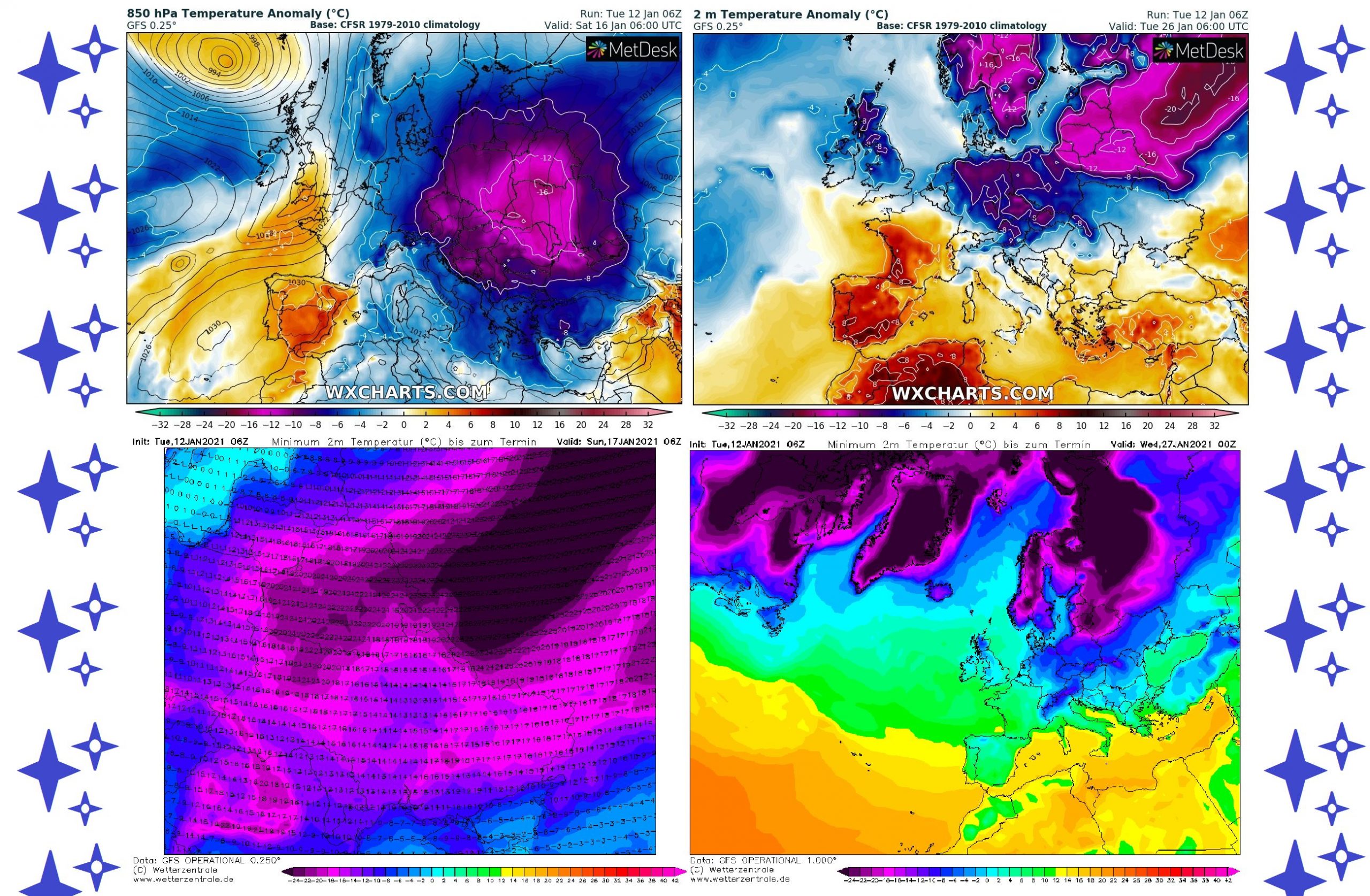 European coldwave is owerwriting history: Next 2 ...