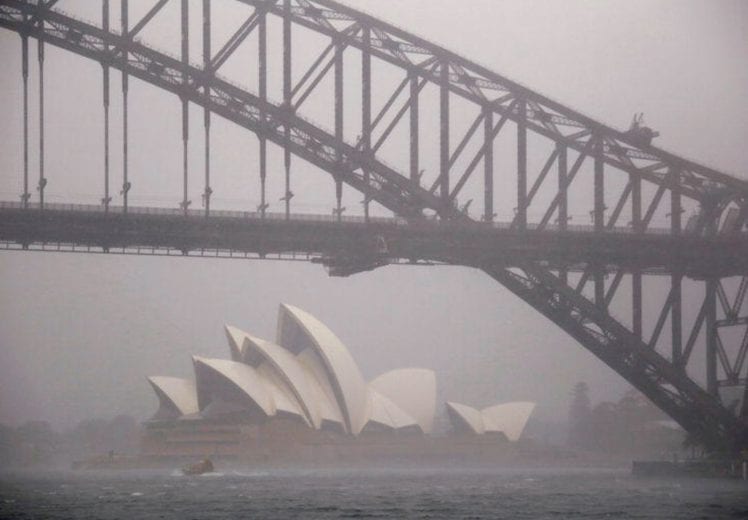 After the second coldest and driest November for last 14 years is here Summer 2020/2021 with forecasted extremely wet conditions in northern and eastern Australia thanks to La nina.

According to /https://www.smh.com.au/environment/climate-change/strongest-signals-for-10-years-point-to-a-wet-flood-hit-summer-20201205-p56kx3.html/, there are strongest wet signals seen in climatic models for northern and eastern Australia in about 10 years. It should in reality mean regionally worst floods in decades.

Now, all northern and eastern coast, from NE Western Australia trough Northern Territory, Queensland up to New South Wales and NE Victoria are in danger, with maximum rainfall totals 150 – 200 mm from Friday to Sunday 11.-13. December 2020 and next expected severe storms during all current week (14.-20. December 2020).

Exceptionally situation is until the end of December 2020 expected in York Peninsula region, northern Queensland, where should fall in the coastal areas up to 2000 mm of rain only for a 2 weeks.

Strong La nina pattern will be therefore seen already during next weeks, including Christmas and New Year period, which should be in north and east linked with severe storms during holidays and celebrations.

If you live in Queensland and New South Wales, Mkweather recommend you to watch current forecasts and warnings.

Precipitation anomalies in 6 weeks between 14. December – 25. January 2020/2021 according to ECMWF (associated with risk of storms, floods, but too heatwaves and wildfires):