Temperature more than 20°C below average, rain and maximum temperatures only +6/+14°C

Arctic air will come to Europe already in 3 days, on Thursday, and during the period 24.-30. September, many countries experiences with powerful Arctic cold blast.

Last 7 September days will be extremely cold in West, Southwest, Northwest, Central Europe and Balkan except for Black sea region. In large parts of Europe, mainly in British Isles, Benelux and Central Europe, maximum temperatures at altitudes up to 800 MASL will reach during the few days of period 24.-30. September 2020 only +6/+14°C.

It will be rainy period, with rain, more rarely storms, but in Alpine region, new snow cover is expected - up to 120 cm! When cloudiness will be reduced, ground frosts or frosts are regionally possible. Rain with long duration in some regions could cause flooding effect.

Temperature anomalies from Spain to Poland will reach in some days more than -20°C from long-term average, mainly during cloudy and rainy days (nights will be warmer in comparison to long-term average thanks to cloudiness).

Joke or reality? GFS outputs expect +30°C in Poland and +34°C in Hungary around 5. October

GFS outputs from 21. September 2020 really showed a tropical nights and higher than +30°C temperatures over northern parts of continental Europe around 5. October 2020.

Abnormally hot air should arrive after long coldwave at the end of September 2020. Tropical air could move from central parts of Sahara above Central Mediterranean, Italy and Balkan to East-Central Europe eastward from long belt of low pressure stretching from Greenland to Morocco and Algeria.

Occurence of tropical nights and maximum temperatures above +30°C in Poland, Slovakia, Austria and Czechia and +34°C in Hungary in October has not been recorded yet.

After powerful coldwave, last chance of summer in this chosen part of Europe could be linked with tourism, holidays, vacations or work outside.

850 hPa temperature, 2m minimum and maximum temperature and 2m temperature anomaly during the periods 24.-30.9. and 4.-7.10. in Europe/Central part of Europe according wxcharts.com and wetterzantrale.de: 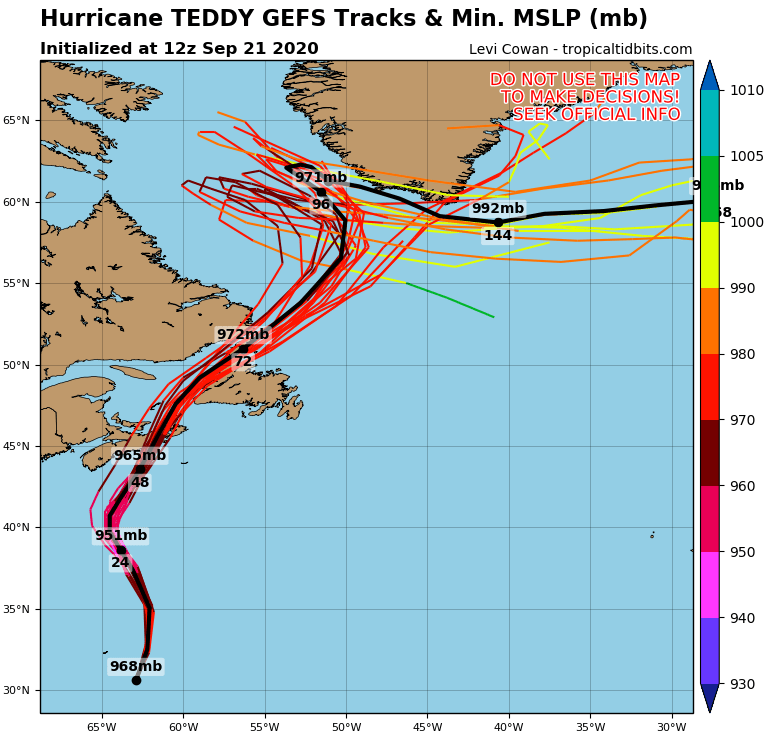