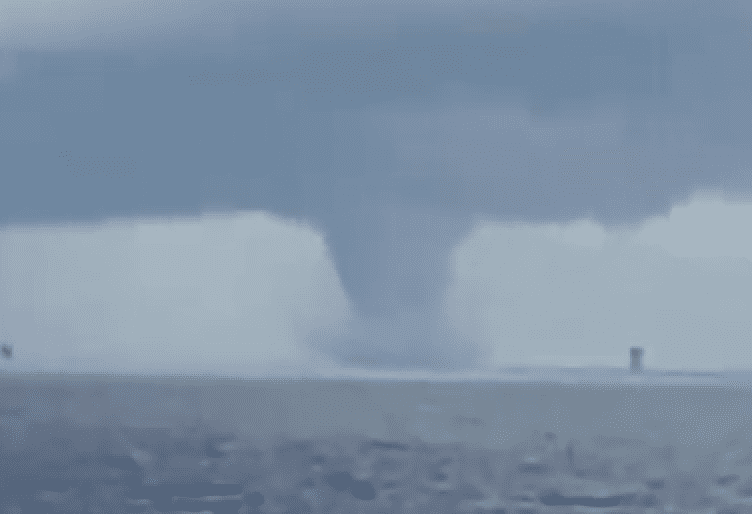 As Hurricanes Marco and Laura inched closer and closer to the Southeast coast of the U.S. on Aug. 23, a large waterspout was spotted spinning in the Gulf of Mexico near Galliano, Louisiana.

A giant waterspout was seen off the coast of Louisiana on the morning of Sunday, August 23, as the state was warned to brace for the impact of Hurricane Marco.

“That’s massive,” a voice can be heard saying in the background of the video.

The National Weather Service warned there was the risk of a “supercell tornado” near the central Gulf Coast as the hurricane made landfall.

Only few days before, 6 waterspouts in a row appreared above Gulf of Mexico on 20. August 2020. There are a videos both incidents:

(Visited 89 times, 1 visits today)
Liked it? Take a second to support on Patreon!