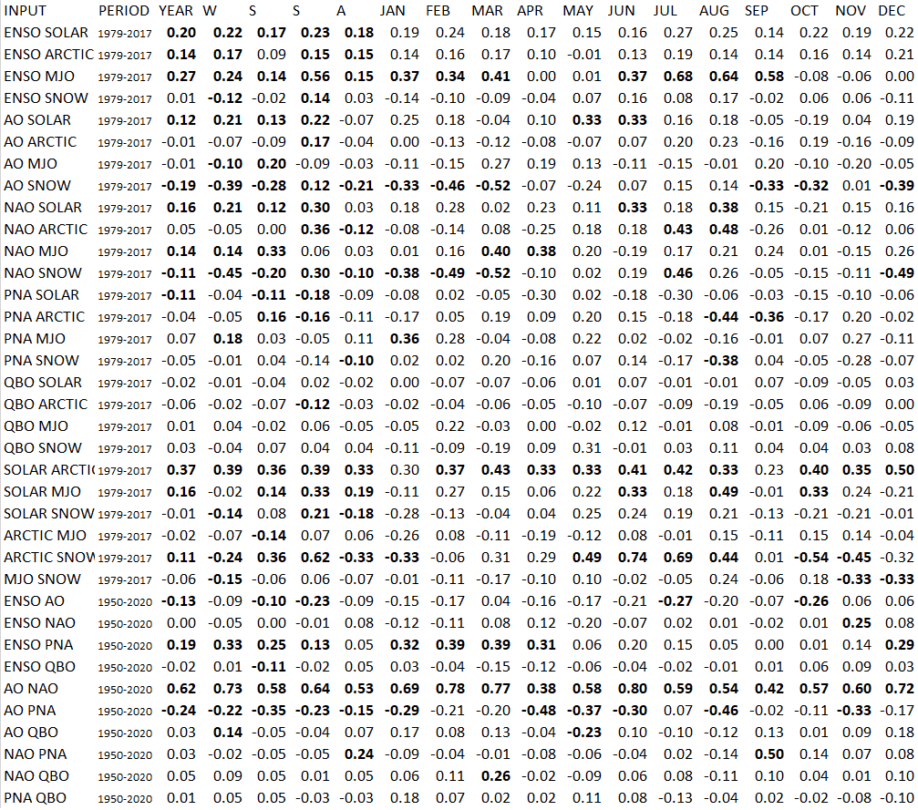 Mkweather publishes original scientific materials – on the next output, cross-correlations between main teleconnections are available, significant values are bold.

Its correlations of monthly values of indices, mostly from NOAA (intuitive orientation for professionals) for periods 1979-2017 and 1950-2020.

Seasonal and yearly values were correlated, too.