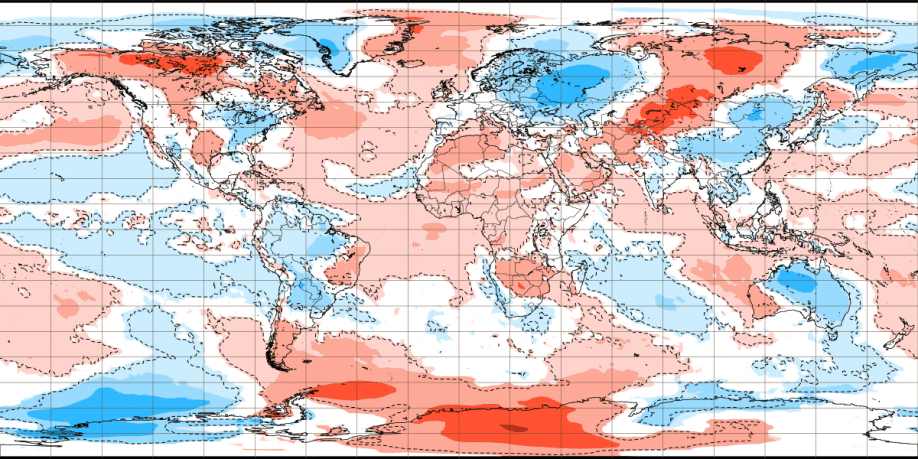 There are available the next ECMWF outputs for the first half of Autumn 2021 (until 11. October 2021) and we should look at predictions of temperature patterns in Europe, North America, and the World in the next 6 weeks.

Severe cold temperature anomaly in the first 2 September weeks will be shifting from Central to Eastern Europe, gradually, while the southern Mediterranean, Iceland, British Islands, southern Norway, and the eastern half of France should be very hot firstly.

Gradually, the next cold temperature anomaly will create above Iberia, France, Scandinavia, and Central Europe in the second half of September, but Balkan, Eastern Europe, and the rest of the Mediterranean will be again anomalously hot.

In the first half of October, severe frosts should hit continental Europe, with hot/warm Iberia, British Islands, Iceland, Mediterranean, Turkey, and Caucasian area.

In the first half of September, the cold anomaly on the backside of Hurricane Ida will shift from the northern USA and southern Canada above Eastern USA and southeastern Canada. Simultaneously, the hot anomalies will create above Rocky Mountains, Texas and California.

In the third week of September, a cold anomaly will create above the Southwest.

The last 3 weeks of the outlook will appear in Indian summer above central parts of the USA and Canada, later the Rocky Mountains and Eastern Canada.

In moderate and subtropical climate zone in the Southern hemisphere, cold and warm periods will be furthermore alternating, with late winter cold blasts and early-spring heatwaves. Patagonia will be however already warmer, while in Amazon, the season of rain will bring a strong cooldown.

The rest of Africa such as Southeastern Asia stays very hot, SE Asia and some equatorial and subequatorial parts of Africa stormy, North Africa stays hot and dry.

Japan and Korea should experience with extreme late-season heatwaves, gradually.

Several coldwaves should hit China, while India will be temperature neutral.

The Middle East is forecasted to be very hot, Central Asia and Central America temperature neutral or warmer.

(Visited 134 times, 1 visits today)
Liked it? Take a second to support on Patreon!