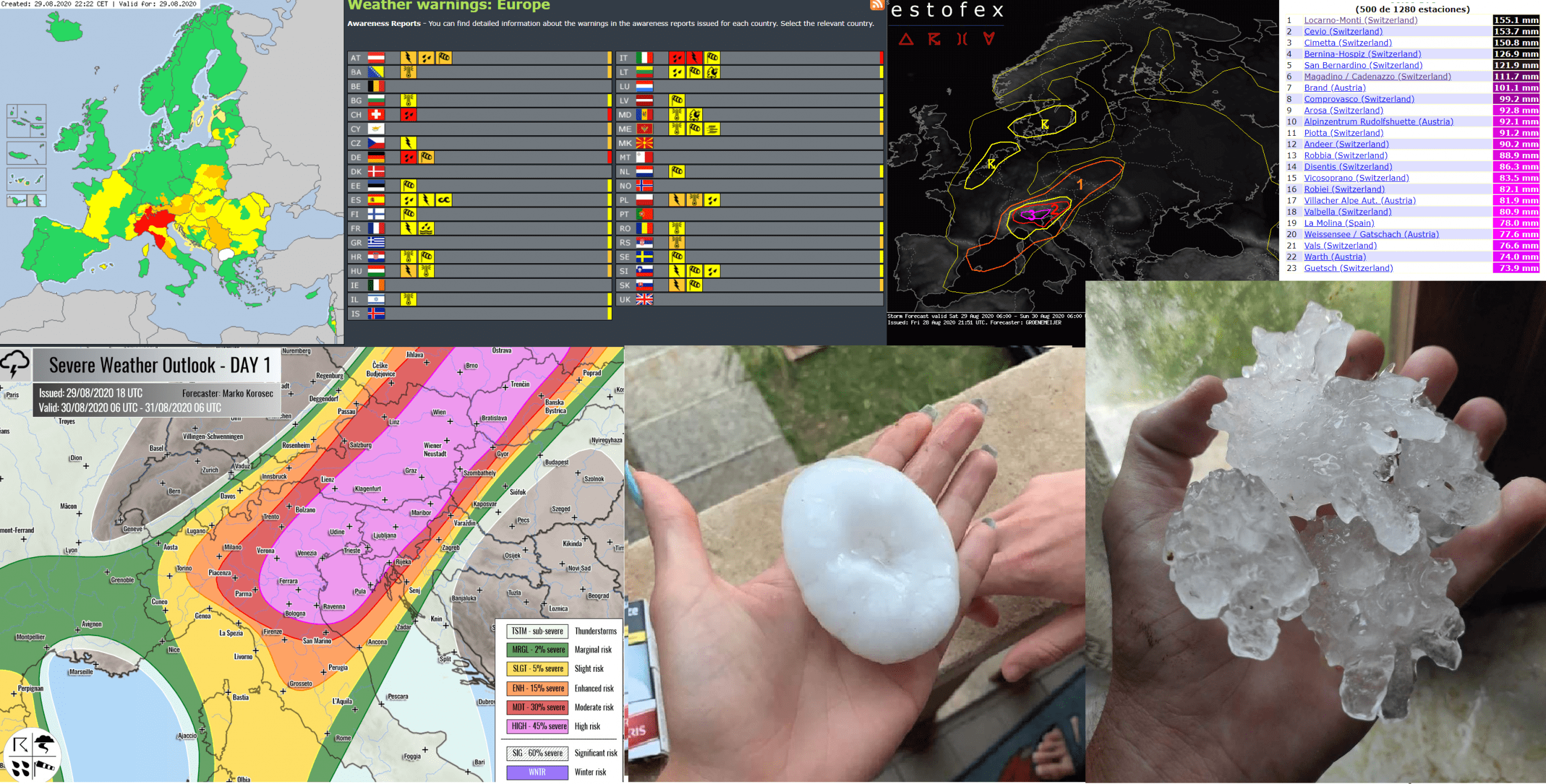 After Friday´s extreme 24-hour precipitation amount from Magadino, 136,6 mm (5,4 inches), on Saturday even more highest rainfall occurred in Lugano, southeastern Switzerland, in Italian borders, 155,1 mm (6,1 inches). In Brand, Austria has dropped 101.1 mm and in Vaduz, Lichtenstein, 63,8 mm of rain / 24 hours. 48-hours precipitation totals are even higher, up to 249,3 mm in Magadino.

Severe storms reports Italy too. Although precipitation amounts in northern Italy weren´t so extreme on Saturday, in large parts severe hailstorms occurred, up to diameter of hails of 8 cm (3,15 inches). Problems are reported too from southern Germany, with local red alerts before heavy rain.

During Saturday´s evening, storms from Alpine region have expand over Czechia, Slovakia, Poland, Hungary, Slovenia and Croatia. On Sunday, many countries in region reports orange alerts before severe T-storms, which can regionally become on Sunday the highest, red alerts.

I western and northern parts of Europe will be continue cold weather and in Eastern Europe and Balkan it can be in some regions the strongest heatwave of summer 2020, although already in September.