Anomalous heatwave over Western, Central and Southern Europe has continued on Monday and Tuesday, with expected peaks in France, Germany, Benelux and England.

In Benelux was so hot, that some years in the past haven´t had so high temperature in the summer. In Agimont, Belgium, was measured +36,3°C and in Gilze-Rijen, Netherlands +35,1°C on Tuesday. It is the highest all-time September temperatures ever. Luxembourg has reported +32,2°C.

In Trier-Petersberg, Germany, +34,8°C was reached.

Until Friday, supertropical temperatures +35/+38°C are still possible in southern France, but from Thursday, Arctic air will shift over Central Europe, with possible frosts in Carpathian basins. Topic of frosts in East-Central Europe will be analysed in one from the next articles.

Predicted maximum temperatures from Tuesday 15. to Sunday 20. September 2020 according to GFS /wetterzentrale.de: 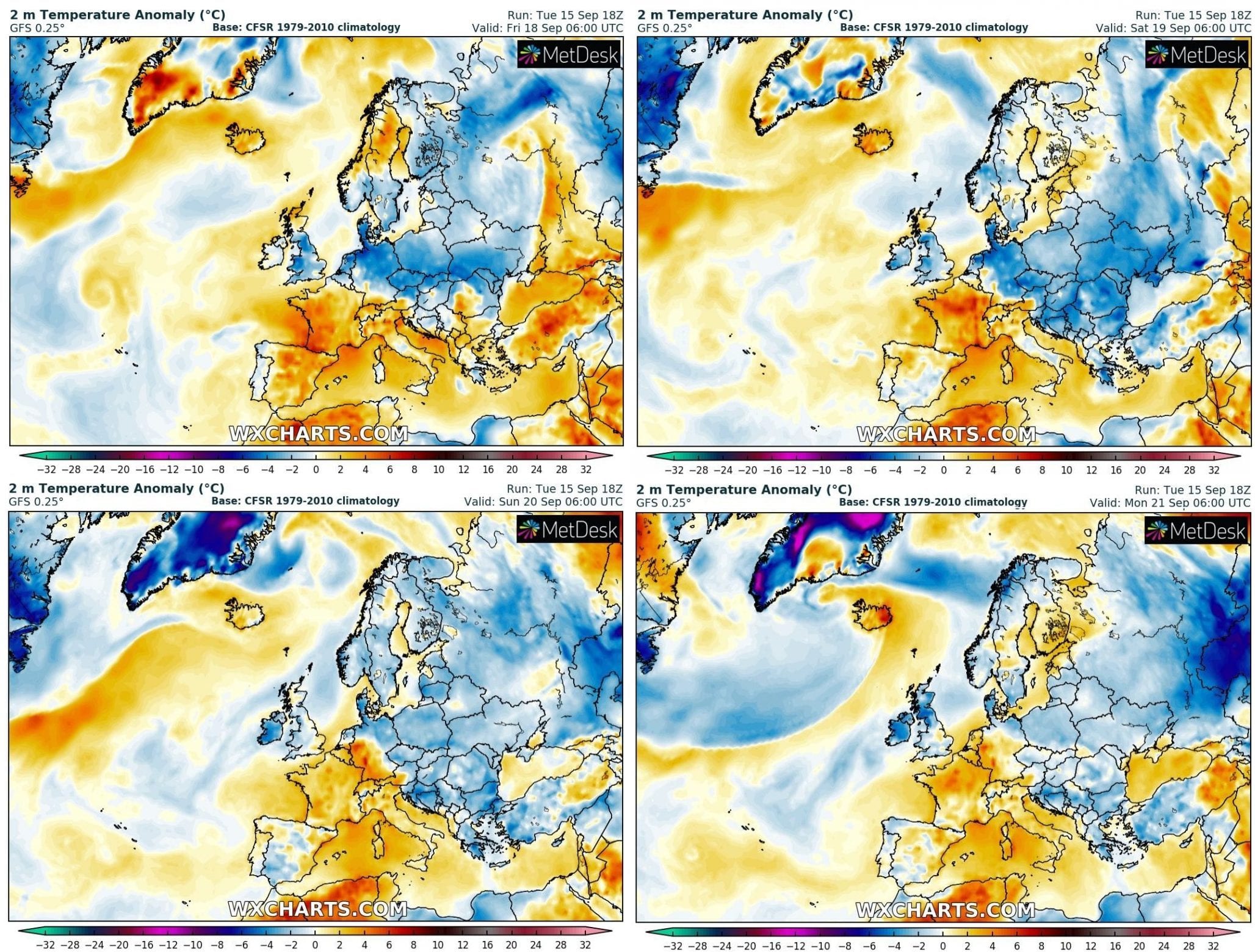