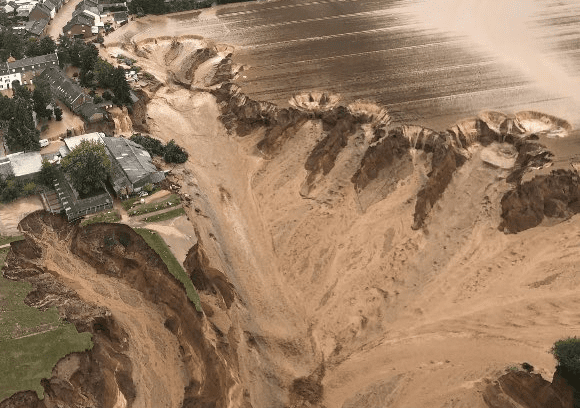 After the natural disaster in Germany, a wave of criticism of state infrastructure and mainly lacks public warning system have appeared in the last few days.

Floods in Germany and western Europe, where 204 people died (166 in Germany, 36 in Belgium, 1 in Italy,, and 1 in Austria), 800 people were injured, and at the weekend 17.-18. July 2021, 2000 were still missing brought the passionate discussion about a national warning system and many (not only purely meteorological service) issues associated with state-guaranteed protection.

“The European EFAS flood warning system had even issued a warning of ‘extreme flooding.’ The fact that so many people still had to die was ‘a monumental system failure,’ British hydrologist Hannah Cloke, an EU Commission adviser on EFAS, told the political magazine Politico.” according to https://wattsupwiththat.com/.

“Already on Friday, a heavy precipitation event was announced in western Germany. The weather models swung so strongly that one could already speak of severe weather due to heavy rain. By Monday at the latest, it must have been clear to everyone that there would be flooding in western Germany.” wrote FOCUS Magazine /https://m.focus.de/panorama/welt/ahrweiler-ein-systemversagen-warum-mussten-mehr-als-100-menschen-sterben_id_13501454.html/.

“Authorities had been warned days early, yet they did nothing to prepare to evacuate and mobilize resources.” according to /https://notrickszone.com/2021/07/17/criminal-negligence-authorities-failed-to-heed-flood-warnings-let-people-drown-monumental-system-failure//.

Mkweather does not dare to guess where the error occurred, but we can look at the main statements of officials, what should help to understand us, where should be gaps in the system.

Such 2 main reasons for surprisingly devastating floods we have noticed these 2 explanations:

1.) Not available data from lesser valleys and river basins, where rainfall totals should be anomalously high in comparison with main populated areas.

2.) The amount of Germany’s surface area that is made impervious (paved over). Almost 20 000 km² (5.5%) of the country’s surface area is paved. The German floods turned out to be where Germany is the most paved over.

The first point should be improved by installing additional automatic systems for measurements of rainfall totals, or by better estimates of forecast models associated with local extreme events and inclusion of local weather extremes into forecasts.

The second found a connection with paved surfaces is closely related with building activity in natural flood zones a higher awareness of potentially hit people about a possible flooding impact.

Such a third, a possible way to improve preparedness before instant extreme weather events we suggest a bigger involvement of main public media into early warning systems and building a more effective co-operation between professionals and media.

Such is showing Summer 2021, abnormal heatwaves, deadly tornadoes, and catastrophic floods or wildfires surprised by their severity a global community despite our knowledge about advanced stages of climate change.

Abnormal weather events, which were forecasted in many cases for further future are becoming a part of our everyday life already now and therefore it will be important to find advanced ways of applying the results of climate and Earth-sciences research in practice.