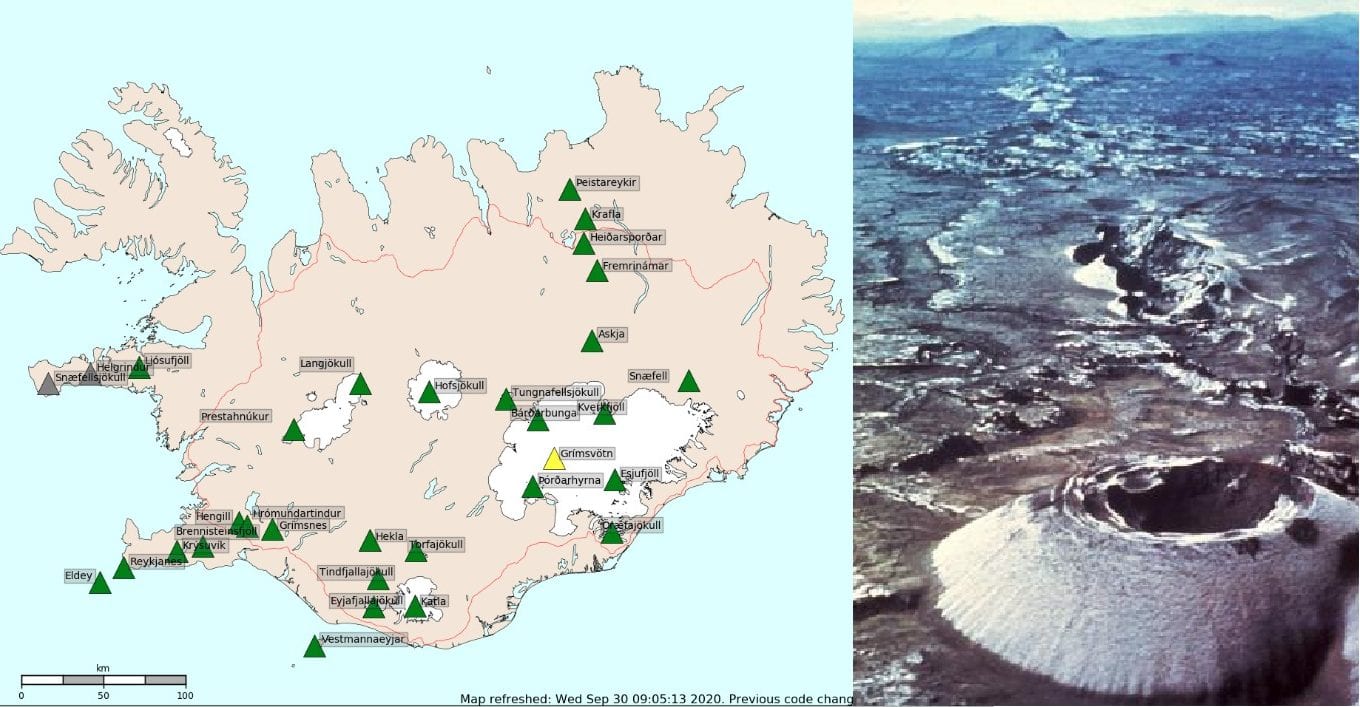 Icelandic volcano, which erupts every 10 years in average is preparing to the next eruption. It should have some impact on global temperature and European weather.

Icelandic meteorological office at the end of September 2020 issued yellow warnings before an possible eruption. Icelandic experts has noticed already on May 2020, that volcano wants to erupt possibly during the next months, but alert from green to yellow was updated after months of watching.

“High levels of magmatic gasses were present at the time in the southwest corner of the volcano, near the place where it erupted in 2004 and 2011.” watchers.news wrote.

“This is the first time that we measure so much SO2 at a volcano in Iceland that is not in an eruptive phase and its presence is indicative of magma at a shallow level.”

Eruptions of VEI5-VEI7 should have significant impact to global weather and circulation, with few tenths of degree cooling effect. VEI4 should modify regional conditions, but too can contribute to possible planetary cooling, although, these impacts are usually below -0,1°C per longer time scale. In scales a days or weeks however, contribution is present in lower insolation and possible lower temperatures in parts under clouds of volcanic dust in the atmosphere.

(Visited 133 times, 1 visits today)
Liked it? Take a second to support on Patreon!