Home›Articles›Heatwaves in Europe will have peak in Tuesday, 21.7., southern parts of Central Europe will be hot for short time, in the North coldwave, rain and wind

Heatwaves in Europe will have peak in Tuesday, 21.7., southern parts of Central Europe will be hot for short time, in the North coldwave, rain and wind

Expected heatwaves in Europe will be thanks to deep cyclone over Northern Europe limited to southern half of France, Central Europe and Balkan, but temperatures, which will bring, will be quite decent. They should peak in France and southern Central Europe during Tuesday, in Balkan during the next days.

Coldwave with regional rain, in Sweden storms (hot Finland and cold Norway), wind and low temperatures are expected in Scotland, Norway, west Sweden, Denmark, northern Germany and Poland and later Baltic area with maximum temperatures only +10/+15°C in Norway and +12/+18°C in other mentioned regions. In London or Brussels will be little warmer, thanks to high pressure ridge from Atlantic, +20+26°C in Tuesday.

Rain and storms bothered Central Europe, Balkan and parts of Turkey, the strongest storms are during next days in Spain and France/Russia in hot air expected

In Poland, Romania and Slovakia according to ogimet.com, over 50 mm of precipitation/24 hours during Saturday has fallen and locally floods appeared. Above all Balkan area was located cyclonic system, with only +5/+10°C in 850 hPa and low maximum temperatures, only +15/+20°C, near heavy rain rarely only around +10°C. Heavy storms appeared in Turkey too, but in hot air conditions.

Warnings for next 3 days promises shift of storm activity above Europe to the east/southwest, respectively. The strongest storms are gradually in Russia, Spain and southern France in hot air expected. Storm activity can be strong in some parts of Sweden too, cause country will be situated between cold air above Norway and hot air above Finland. Heatwaves gradually will expand up to Alp and Carpathian region. Northern half of Europe gradually hit a coldwave and next worsening of weather. 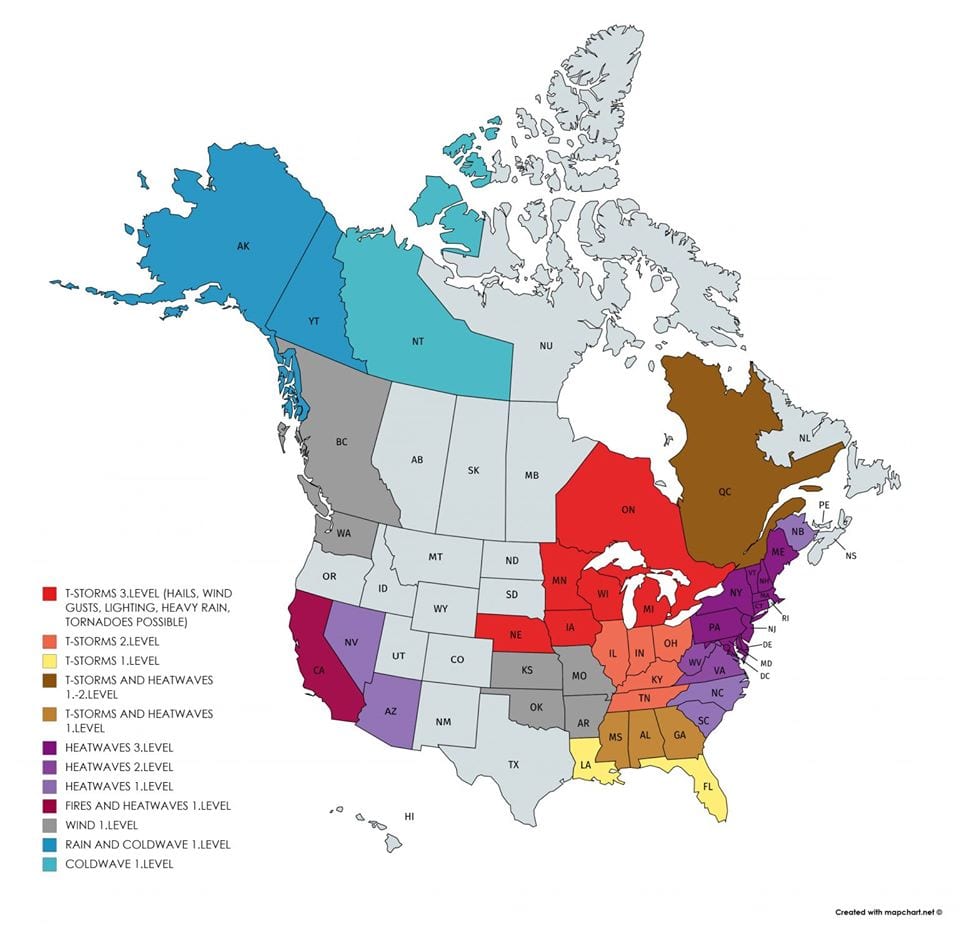 An impressive photo after storm in Alberta