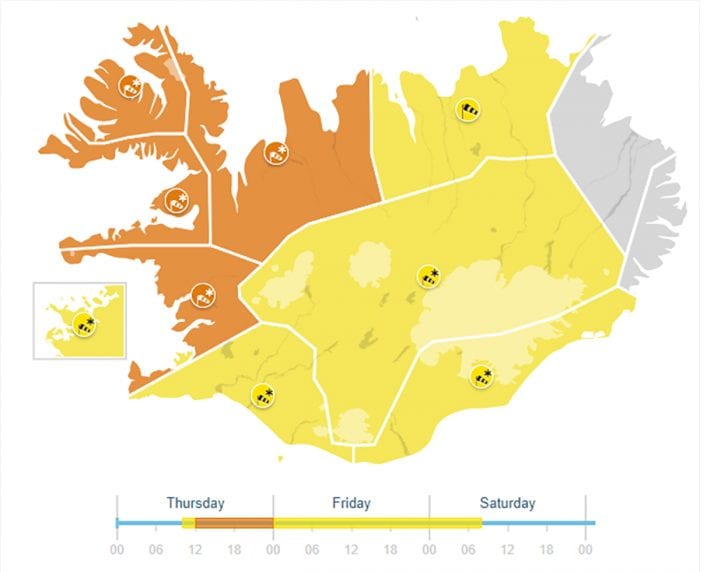 From Wednesday to Friday, 25.-27. November 2020, was moving across northernmost parts of Atlantic and southern Greenland very deep cyclone, which has brought severe blizzard conditions not only in Greenland, but too in Iceland, including Reykyavik.

According to Severe Weather Europe /https://www.severe-weather.eu/mcd/iceland-windstorm-waves-mk// and European Severe Weather Database /https://eswd.eu//, wind gusts in the region was reaching 150 km/h near transition of powerful Icelandic cyclone from the west to the east.

Severe winds were accompanied by snowstorms and heavy snowfall in many regions.

The worst situation was on the west and northwest of the country, where were valid 2nd level warnings before snow and severe winds.

Cyclones with raid intensification bring to Iceland very often extreme winds, in winter blizzards, but according to local authorities and inhabitants, this snowstorm was the worst since last winter 2019/2020.

During next 2 weeks, extremely cold air will shift from Greenland above Iceland and Svalbard sector of Arctic and then to Europe, with powerful Arctic coldwaves before, and in large parts of Europe during Christmas 2020, too /https://mkweather.com/2020/11/28/must-see-white-christmas-2020-forecast-for-europe//.