Warm air on the front side of remnants of storm Barbara /https://mkweather.com/2020/10/21/storm-barbara-up-to-2964-mm-48-hours-130-km-h-winds-in-portugal-spain-france// is shifting eastward and despite of continuing floods in southern Greece /https://mkweather.com/2020/10/22/tornadoes-and-floods-in-greece//, almost all Central Europe, Italy, Balkan and Eastern Europe report on Thursday, 22. October 2020 really good weather conditions with relatively high maximum daily temperatures, but morning´s frosts in basins and valleys across Europe.

Warm air has arrived to Eastern Europe already, too. Ivano Frankivsk in Ukraine has reported +21,2°C on Thursday.

In Scandinavia, frosts have weakened thanks to remnants of storm Barbara, with next snowfall and rainfall in the region. In Tarfala, Sweden has been measured -11,6°C, in Kilpisjarvi, Finland, -11,2°C and in Nyrud, Norway, -10,1°C. European Russia is colder already, with Thursday´s minimum -12,8°C in Nizhnyaya Pesha near Kanin Peninsula.

In Crete, next flood wave has arrived during Thursday, with 24-hour rainfall 168 mm (6,6 inches) in Souda.

Mkweather will watch reached maximum and minimum temperatures during the next phases of Indian summer and bring fresh news during incoming period. 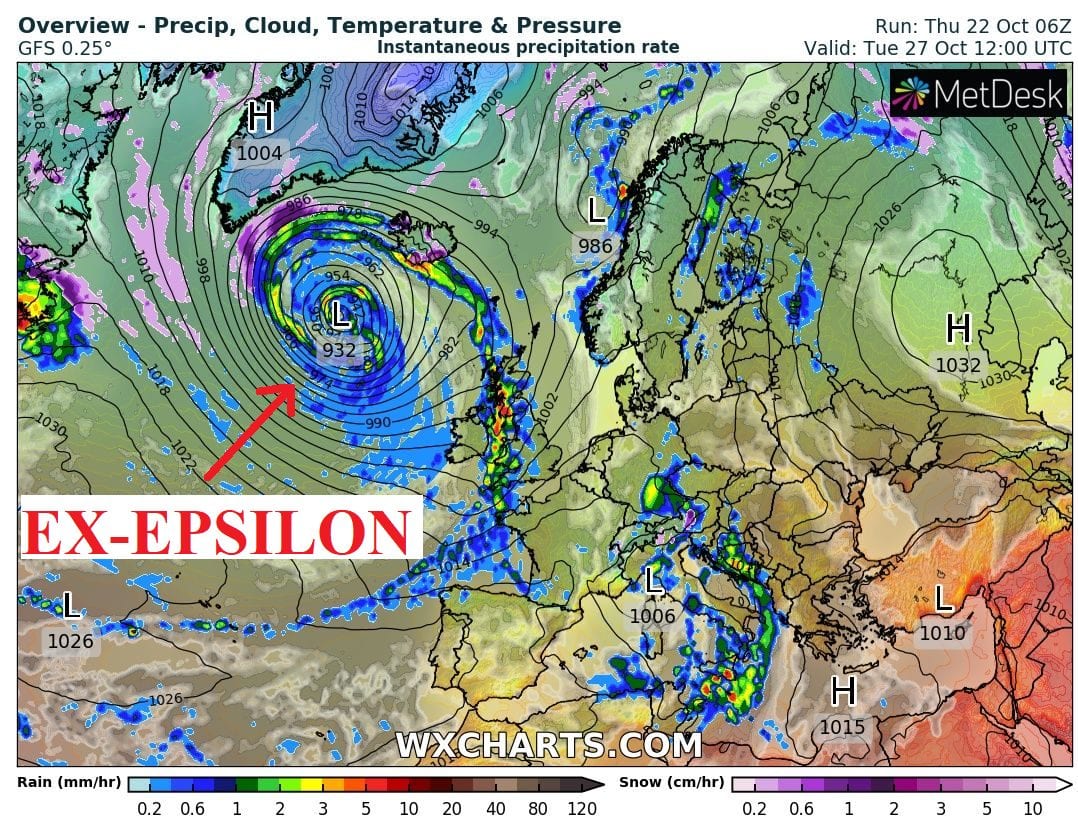 Hurricane Epsilon aims to Europe, next 7 ...