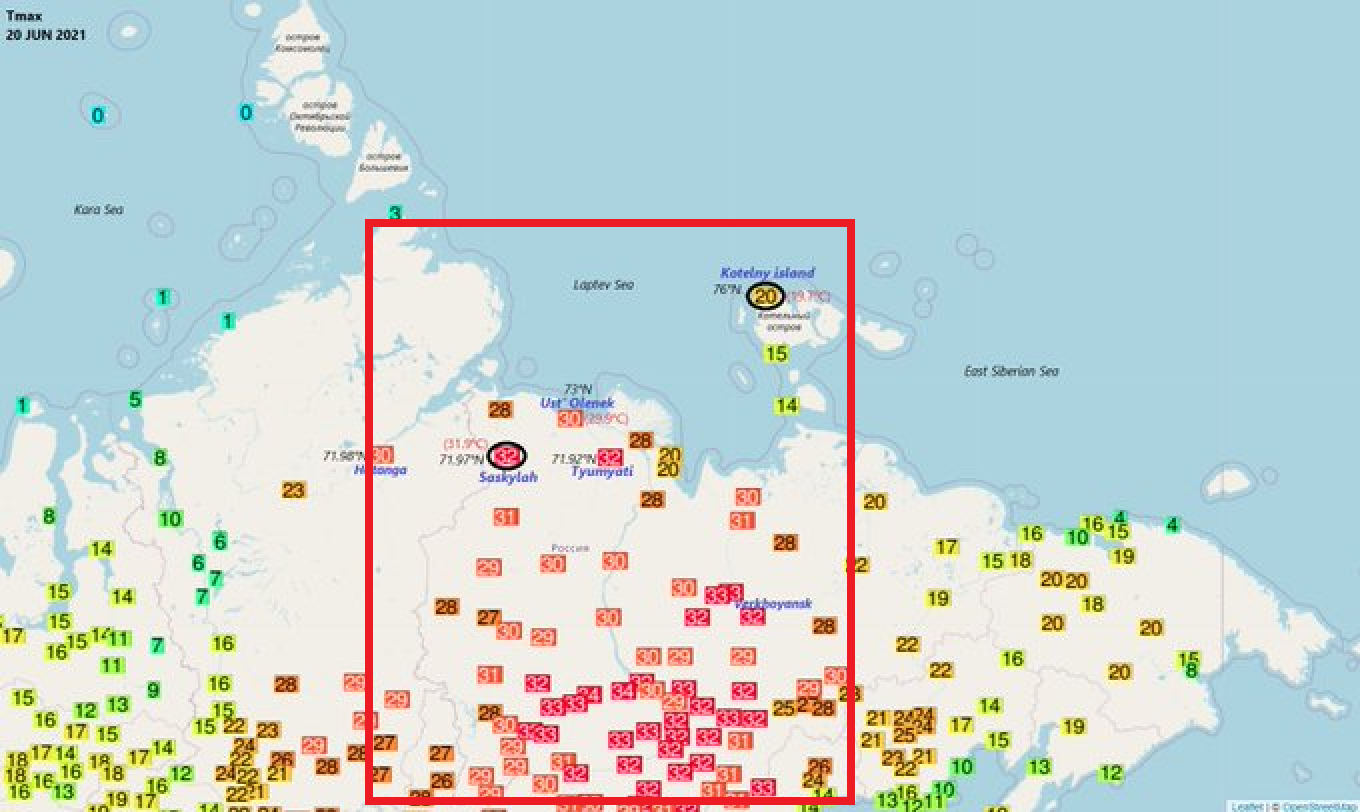 Kotelny Island (New Siberian Islands), one of the coldest place on the Earth, with 2 inhabitants, reported in last days record temperature +21,8°C!

It´s the hottest temperature in the region in so early season and only 3,3°C below all-time temperature record +25,1°C from July.

Meanwhile, warmer parts of Russia are bothered by extreme storms in last days, with many flash flood and hailstorm reports.

The worst is situation in Krasnodar region, Transbaikalia, Novoaltaisk and annexed Yalta.

Meanwhile, in southern Siberia, extensive wildfires are strengthening /Wildfires in Siberia are changing atmospheric circulation over the Arctic and Northern Hemisphere, this is a leading pattern! – mkweather/ and this circulation, when pressure high is created above Verkhoyansk region, should be linked with anomalous circulation across Northern Hemisphere, with blocking pressure highs above northern Siberia, Alaska and Europe, with severe heawtaves, while southward from Greenland and above northern Far East, deep cyclonic area should develop.

In St. Petersburg region, similarly such as in Finland and Baltic states, extreme heatwave is in next period forecasted – temperatures should reach anomalous +37°C not so far from St. Petersburg /Finland is expecting +36°C, Estonia +37°C on Tuesday, all-time national records have values +37,2°C and +35,6°C – mkweather/.