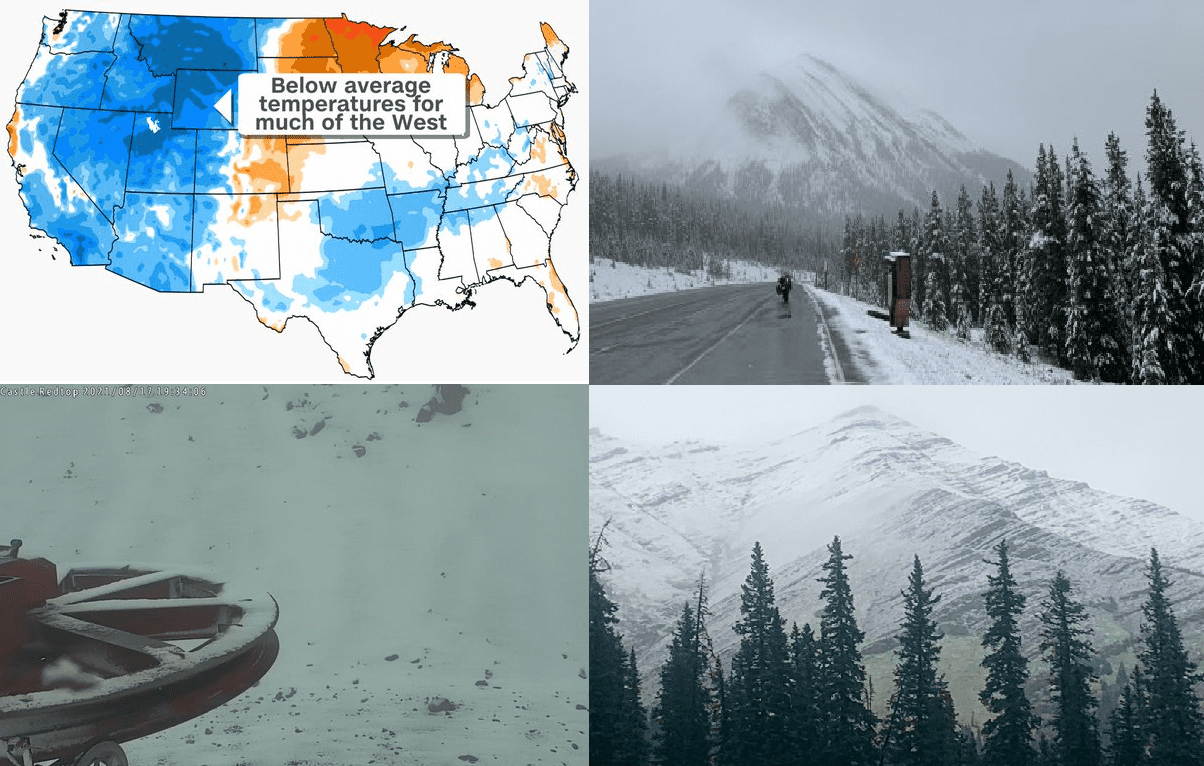 It´s 19. August 2021 and while Europe for the first autumn-like cooldown is only waiting /https://mkweather.com/autumn-in-europe-is-coming-the-last-august-days-brings-the-arctic-blast-temperatures-rarely-should-drop-to-3c-and-the-first-ground-frosts-are-possible//, in the USA and Canada, the first snow cover of a season 2021/2022 just covered mountainous parts on the west of the continent.

While in the first half of August 2021, +40°C / 104°F heatwaves were suffering the western USA and Canada and e.g. in Alberta temperatures during a heatwave before the cooldown reached +40°C, after the arrival of Arctic air, higher elevated mountainous ski centres and settlements reported snow showers or snow cover started to create.

The first snow is reported from Alaska, Yukon, Northwestern Territories, British Columbia and Nunavut, too – in northern provinces with the relatively widespread snowing.

E.g. in Aniak, Alaska, the temperature dropped to -0,6°C, in King Salmon to 0,0°C and in Bettles to +0,6°C, while in early August, tropical days around +30°C were from these regions reported.

In the USA, the snow covered parts of the Rocky Mountains in Montana, Wyoming, Colorado and Utah, with temperatures below zero in high-countries.

(Visited 139 times, 1 visits today)
Liked it? Take a second to support on Patreon!