Typhoon Chan Hom is likely to approach southwestern Japanese islands on Thursday and will be continue in its movement on parabolic track along southeastern coast of Japan until Monday, 11. October 2020.

On Wednesday, 7. October 2020, the typhoon had a central atmospheric pressure of 970 hectopascals, maximum sustained winds of 126 km/h and wind gusts gusts of 180 km/h.

Typhoon brings an high waves to reach 10 meters in Amami and southern Kyushu, 8 meters in Okinawa Prefecture and 6 meters in Shikoku region according to www3.nhk.or.jp.

According to wxcharts.com rainfall up to 700 mm should fall over seas and up to 300 mm southwestward from Tokyo next week from the system. Wind gusts should reach approximately 200 - 220 km/h over the ocean.

Chan Hom is the fifth typhoon of the Pacific typhoon season 2020 in summer season, after Hagupit, Bavi, Maysak and Haishen. Mainly Hagupit, Bavi and Maysak were linked in region with a collosal damages, extreme rainfal and extreme winds (Japan, Korea and neighboring China and Russia). Chan Hom brings to Japan next floods and possible landslides. 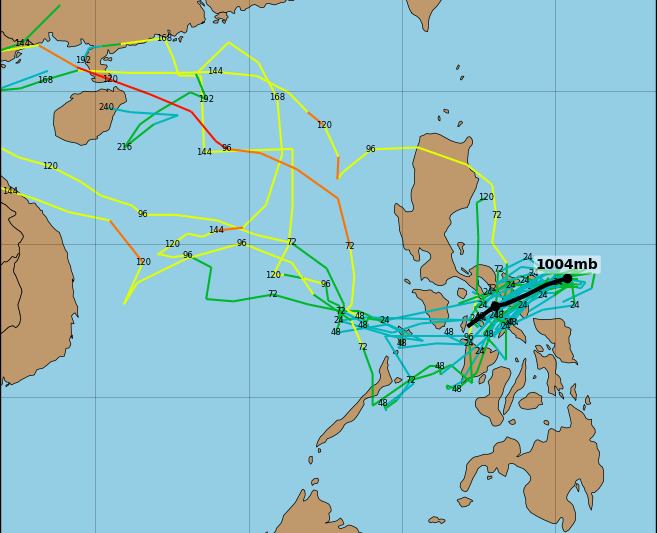 Next tropical threat in Philippines and China, ...