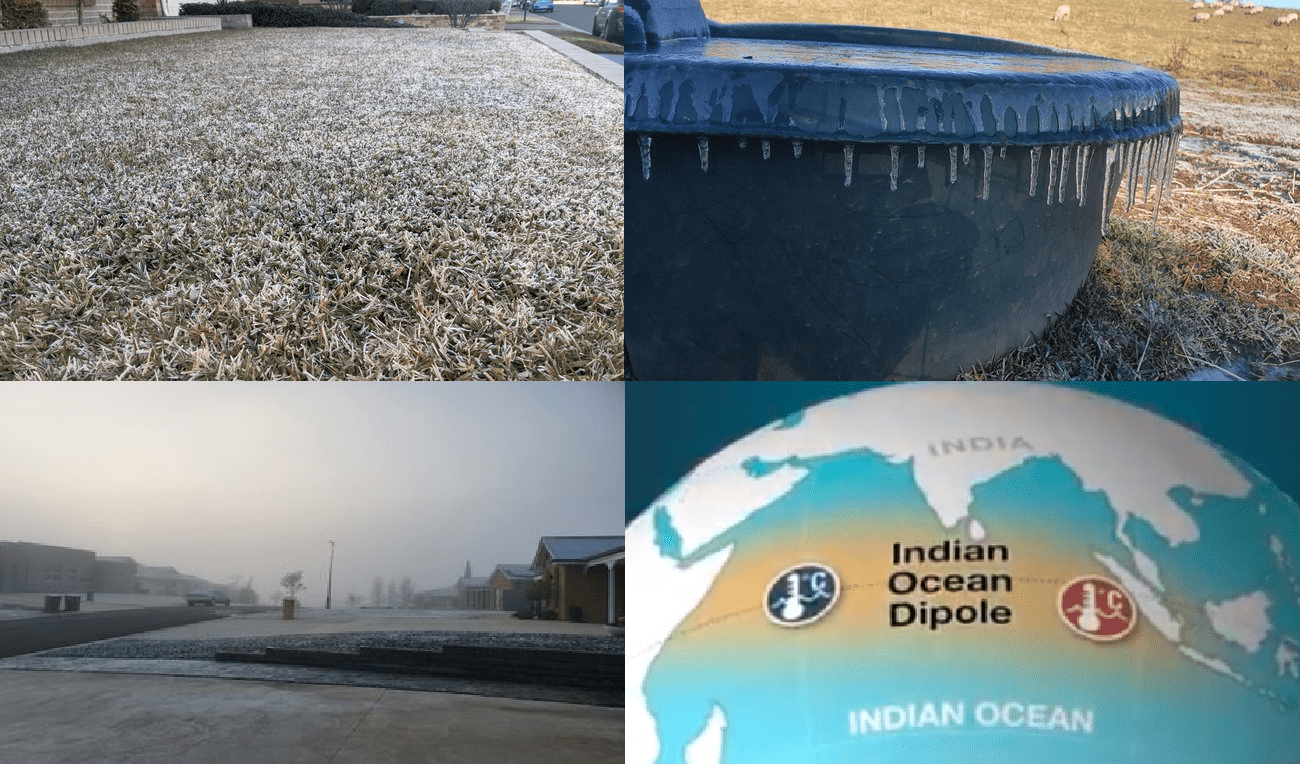 According to the Bureau of Meteorology, Queensland, severe frosts hit subtropical parts of the province around Thursday, 22. July 2021.

Approximately 1/3 of the territory of Queensland reported frosts on Thursday and rarely, in southern parts, snowing was reported.

In Brisbane, the minimum temperature on Thursday dropped only +4,3°C, which is only 1,7°C above the all-time cold record for the city.

The current coldwave surprised mainly with size of widespread frosts in the eastern half of Australia including subtropical climate zones.

Meanwhile, in Perth, the heaviest rainfall event in last 20 years was recorded.

According to Australian meteorologists, wet, similar such as La nina pattern will continue until early Spring 2021 thanks to the negative phase of the Indian Ocean Dipole pattern.