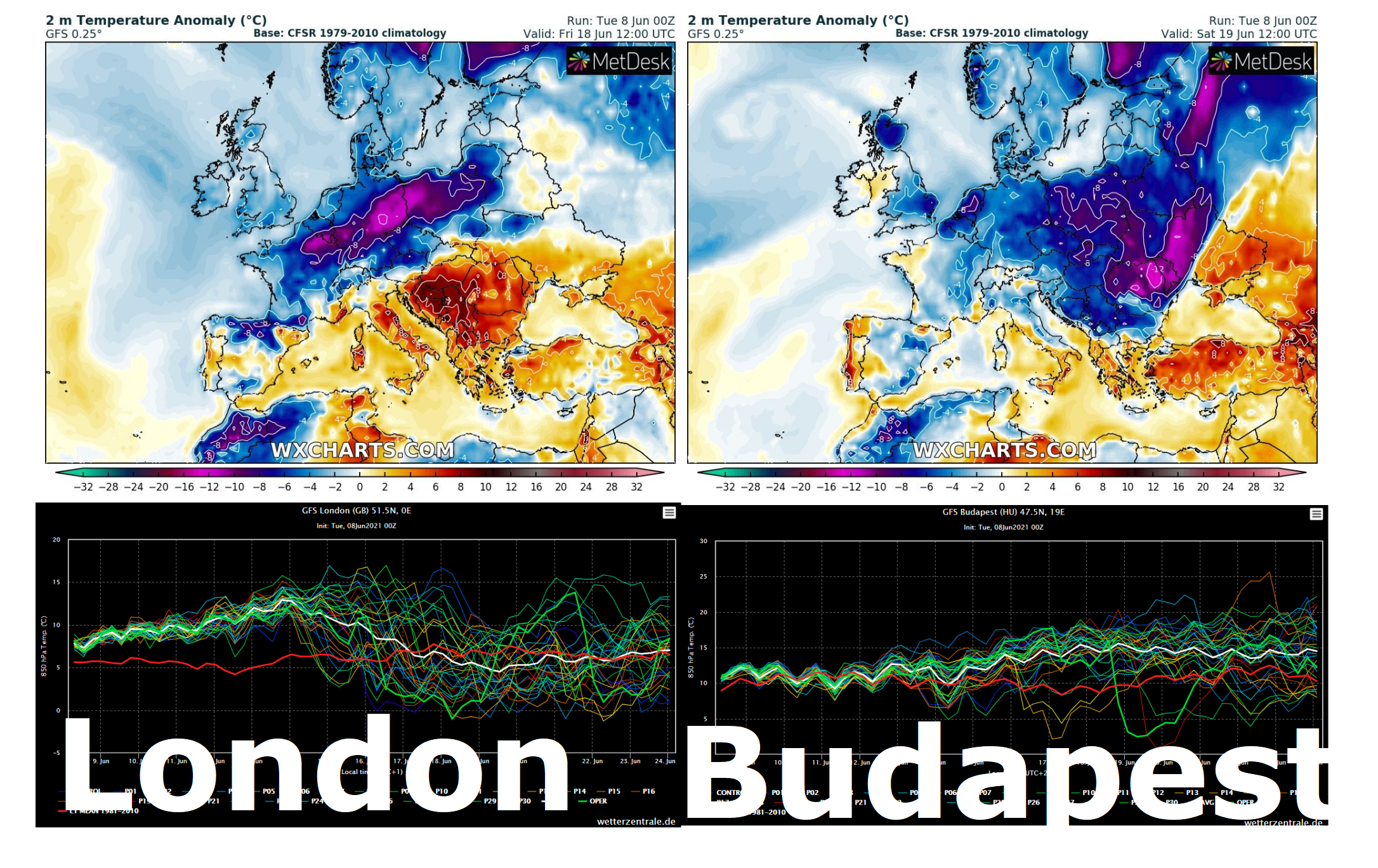 Only in previous article we have informed about the first forecasted peak of Summer 2021 – it appear, that it hits British Islands and continental Europe between 13.-17. June 2021 /https://mkweather.com/the-1st-peak-of-summer-2021-is-confirming-the-spain-45c-italy-france-and-greece-40c-balkan-38c-central-europe-36c-the-uk-32c-sweden-30c//, with temperatures up to +32°C in England and +36°C in Central Europe.

After this heatwave, powerful cold front will come above the continent, with possibility of scenario with drastic cooldown – e.g. in Scotland to -3°C and in Germany to 0°C.

Ground frosts are possible in the UK, Ireland, France, Benelux, Germany and the Alps and Czechia, according to the coldest outputs of GFS from 8. June 00Z.

Cooldown like this should be troublesome for meteosensitive people, such as for sensitive plants in NW Europe.

Moreover, cold front with cyclone should bring severe storms shortly before a cooldown on their back side around 18. June 2021.

Temperature in 2 meters anomaly from Germany to Romania should reach locally -12°C during this cooldown, while only around 16.-17., temperature anomalies should moving above +12°C.

The next heatwave after this Arctic outbreak is possible for the Spain, southern France and continental Europe around 21.-24. June and the next development is not clear, however – in NW Europe it appears for longer and stronger coldwaves until the end of June 2021 (mainly between 20.-25.6.), while continental parts should stay relatively warm according to ensembles.