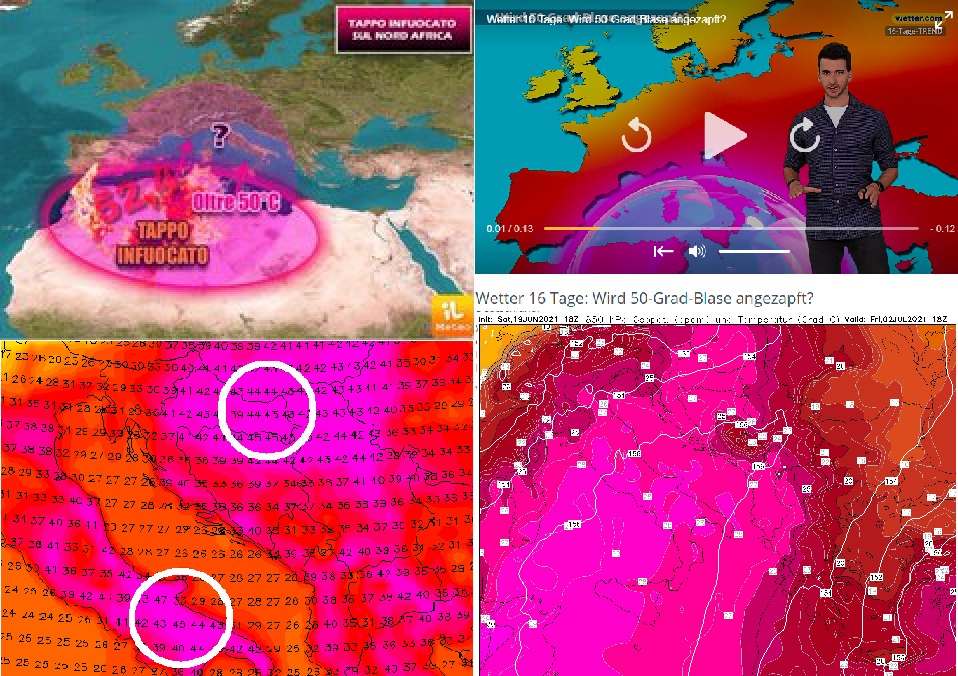 Extremely hot Sahara according to Italian meteorologists produced in last days maximum temperatures in Algeria up to +52,4°C!

Saharan air will be flowing above Europe all-time until the start of July 2021. With gradual extremely strong, we can say that abnormal heatwave near sirocco winds in Italy or Greece it should produce temperatures not only +47°C such is forecasted on maps of GFS, but up to +50°C near hot and dry winds from the south and southwest.

We should say, that during the next period Italy, Greece, Balkan and part of Central Europe will be near overcoming of all-time or June temperature records.

Already on Saturday, 19. June 2021, temperature in Sardinia reached +40,5°C and on Sunday 20. June 2021, +40,5°C was already reached in Olbia, bigger Sardinian city, with a possibility of even higher temperatures in marginal parts of official site of meteorological stations.

Gradually, sirocco will shift from Sardinia to Sicily and then almost all Italy, later Balkan and Greece, with very interesting maximum temperatures.

Sirocco winds in mountainous areas are almost unpredictable and a new Italian temperature record such as the first European +50°C in history aren´t fully excluded.

(Visited 61 times, 1 visits today)
Liked it? Take a second to support on Patreon!