Nile river during the September 2020 has reached the highest level in history in Sudan. In the regions, where Blue and White Nile are meeting is situation the most critical.

Sudanese capital, Khartoum, is under water, too. Floodwater, furthermore, threats ancient pyramids in the region.

Already almost 1 million people was affected by floods in Sudan during summer season 2020 and severe storms in Ethiopia, Southern Sudan, Sudan and Chad are continuing.

According to AP, nearly 830,000 people in Sudan have been affected by severe flooding during the summer season 2020, the United Nations said Thursday, 24. September 2020, after the Nile river waters had started to recede.

UN Office for the Coordination of Humanitarian Affairs claimed, that in Sudan nearly 166,000 dwellings were destroyed or damaged by floodwaters since mid-July in Sudan.

Over half of those affected were in 5 of Sudan’s 18 states — North Darfur, Khartoum, Blue Nile, West Darfur and Sennar.

The Sudanese civil defence recorded 124 deaths and 54 injuries due to the flooding.

Weather outlook for OCT-NOV-DEC 2020 in USA 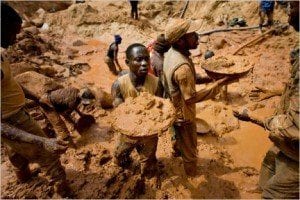