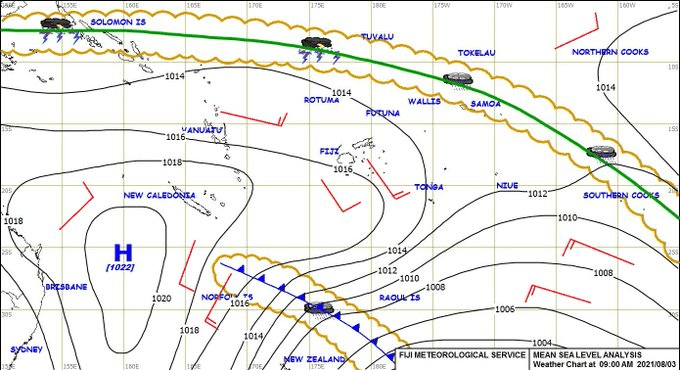 Firstly extreme floods on Buller River and 24 inches of snow / 24 hours in the Alps in New Zealand, then very impressive Antarctic pressure high above parts of western Oceania, with very low temperatures in tropical islands!

The pressure low system in early August brought the largest flood flow at Bullet River in New Zealand since 1926, while in the mountains, heavy snowfall covered higher elevated centers.

Not only South America, South Africa, Australia, and New Zealand, but parts of Oceania are from time to time bothered by powerful cooldowns of Antarctic origin, too.