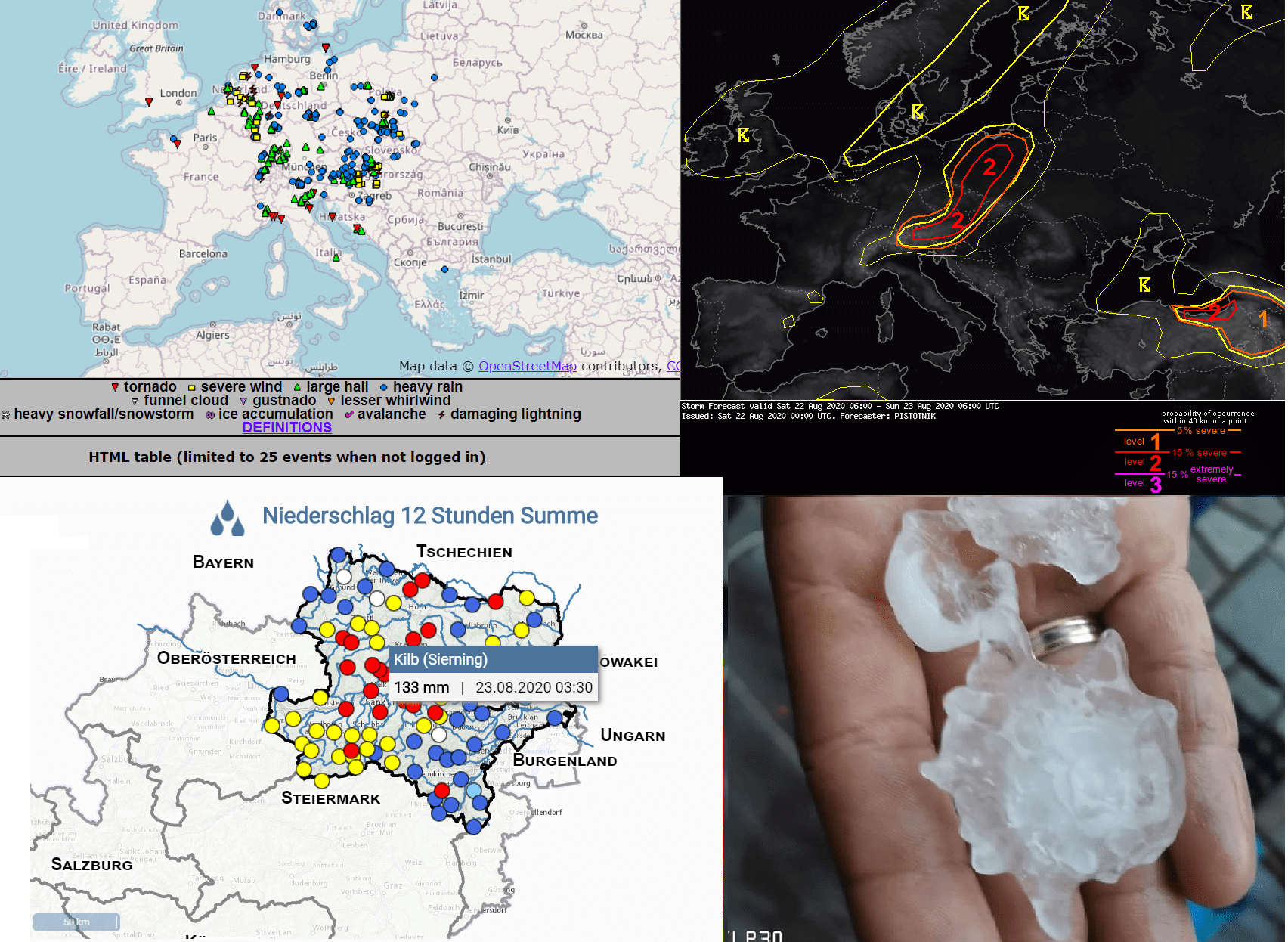 After a hot day, with maximum temperatures up to +33/+34°C arrived over East-Central Europe powerful cold front on Saturday, 22. August 2020, with severe manifestations over Alpine and Carpathian region.

In Austria, closely to capital, Vienna, 133 mm of rain has dropped near severe storm for 12 hours. 111/133 mm dropped during 3 hours interval according to /http://www.noe.gv.at/wasserstand/#/de/Messstellen/Map/Niederschlag12h/. Heavy rain was reported too from Czech republic, Poland and northern Italy in Saturday afternoon and evening.

In southestern Poland, in Slovakian and Czechian borders, hails up to 5 cm on ESWD were reported during Saturday early evening.

Meanwhile, 152 mm / 24 hours was measured according to Ogimet in Bialystok, but this report is not 100% confirmed, yet.

Cold front linked with windstorm Ellen will be bringing severe storms during Sunday and Monday over Eastern Europe and Balkan.

The next windstorm, will move over Ireland and UK already in Monday enening and during Tuesday, again with severe wind, rain and subsequent storms and coldwave in Europe (after short warming up in its warm sector).