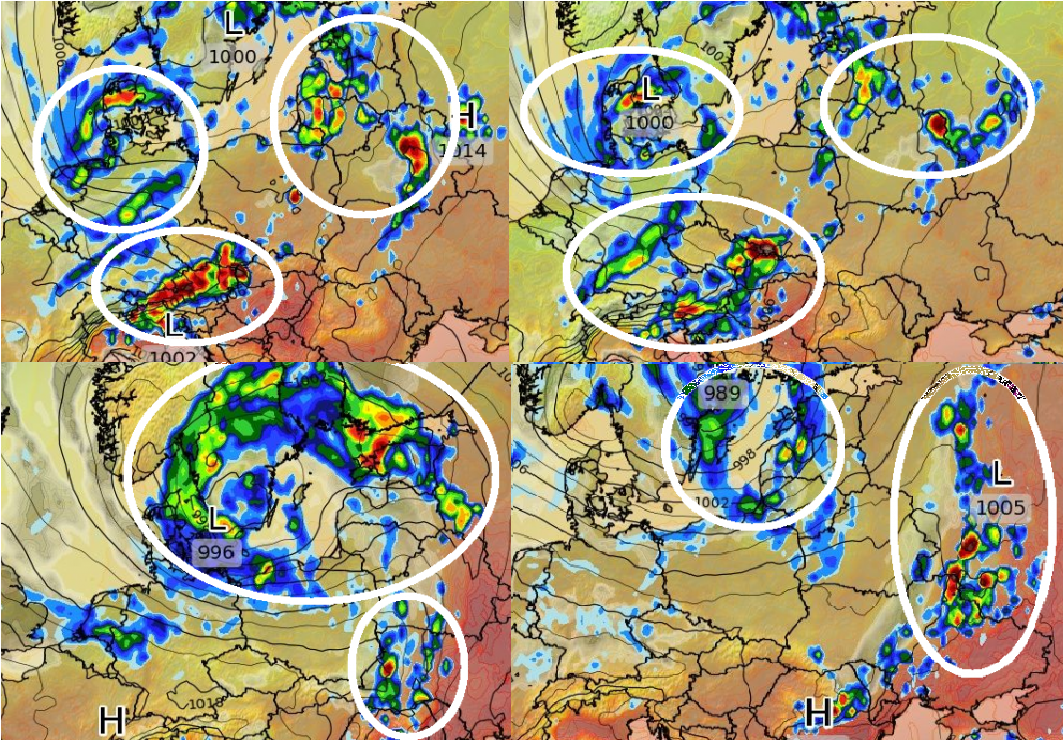 Heatwave in parts of continental (Central and Eastern), such as Scandinavia and the Baltic region will be interrupted prematurely, with severe storms already in the next 72 hours – from Monday to Wednesday, 16.-18. August 2021.

Around Monday, afternoon, and evening, storms will start to form in 3 regions:

Systems during the night from Monday to Tuesday, 16.-17. August will shift mainly above Poland (very strong storms), Sweden, European Russia.

From Tuesday to Wednesday, 17.-18. August, severe storms will shift above:

Storms should bring regional flash floods, such as large hail, gusting winds, damaging lightning, and even tornadoes, therefore will be prepared.

Meanwhile, in Balkan, Italy, Greece, Turkey, and before the arrival of storms in Ukraine, Hungary, and Moldova, the heatwave will be peaking.