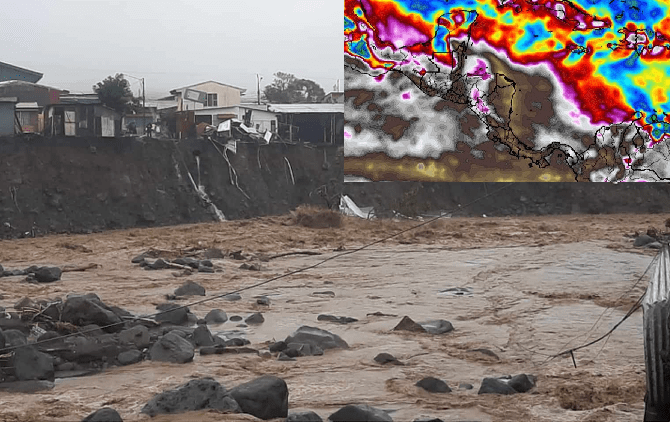 The next flood event in a row occurred in Central America.

In northern Costa Rica, around Friday, 23. July 2021, 50 – 200 mm of rain fell according to The National Meteorological Institute in a larger area, with the result of cooldown to +20°C (maximum temperatures) in a tropical region, which has usually maximum temperatures above +30°C in this season.

From floods are available many materials /below/ and we should estimate, that in the flooded areas fell 3-digit rainfall in last days.

480 events related to the weather, including 391 floods and 43 landslides were reported from the country around Friday, 23. July 2021.

The worst situation was in the communities of Star Valley, Talamanca Y Matina, province of Lemon; on Sarapiquí, province of Heredia, Y Turrialba, province and Carthage.

Extreme rainfall up to 26 inches / 700 mm is forecasted for parts of Central America and northern South America until 10. August 2021, what should bring the next severe floods in the region.

In danger should be mainly Panama, Costa Rica, eastern Nicaragua, Belize, Salvador, and neighboring parts of Honduras and Guatemala in Central America and parts of eastern Venezuela, Guyana and northern Colombia in South America during the next weeks.