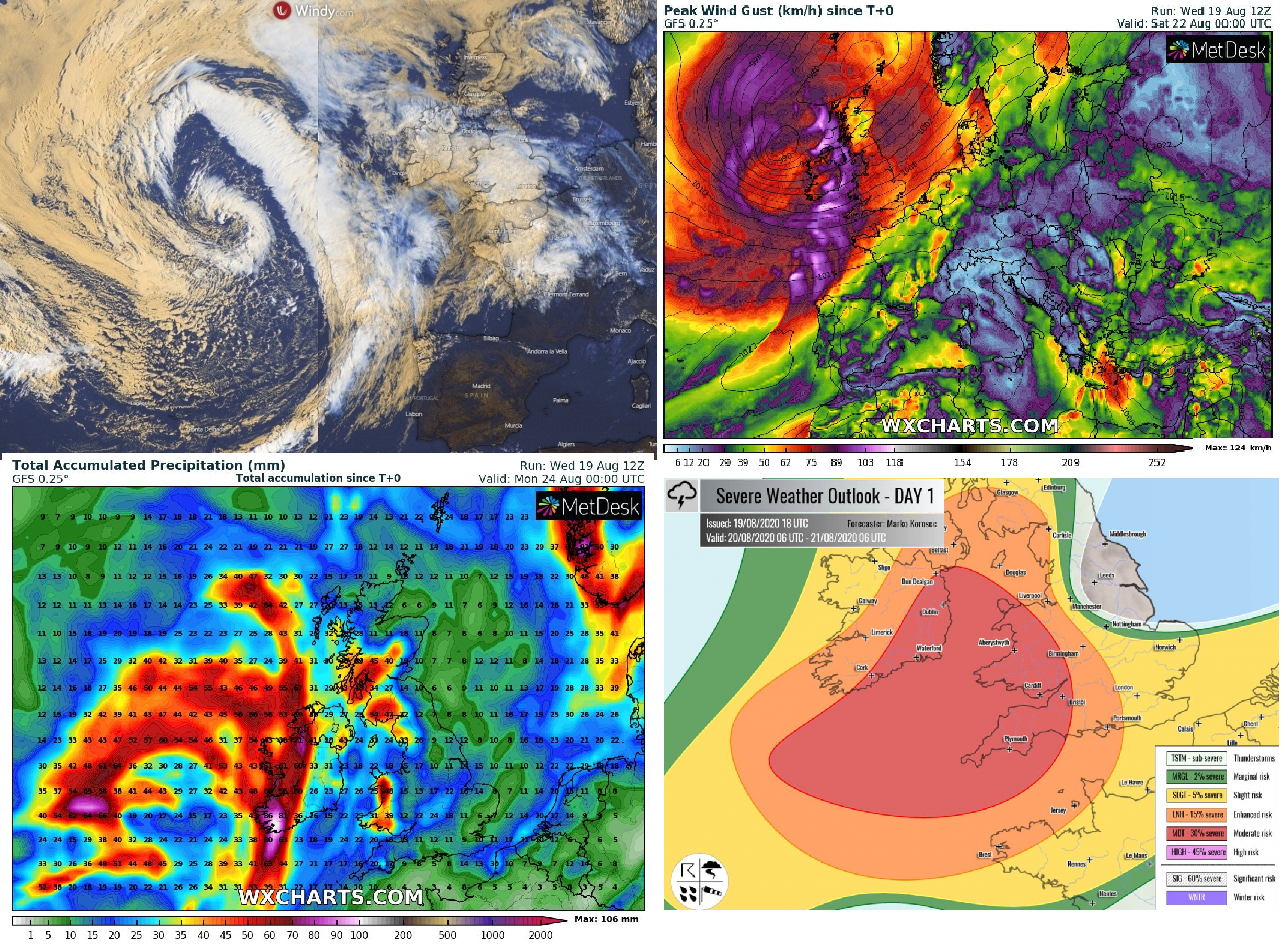 In Roches Point, southern Ireland was after midnight reached wind gust 144 km/h (90 mph), what is power of hurricane-force winds. In UK, the highest wind gust was measured in Cairngorm, 148 km/h and in Spain in Estaca de Bares, 104 km/h.

From bigger cities, 108 km/h was reported from Cork, southern Ireland, or 81 km/h from Plymouth, UK. During Thursday, wing gusts can be even higher, mainly in parts of UK, where windstorm will arrive during a day.

In Meteoalarm, red level of warnings before windstorm was valid after midnight for southern Ireland and is possible that orange or red warning will be valid for the UK during Thursday. Severe weather Europe warnings are expecting 3/4 of possible levels of severe storms over the region. Mkweather warnings are dark blue, what is meaning 2.-3. level before wind and 1.-2., later 2.-3. level before rain for Thursday and Friday 20.-21. August 2020.

Over western Ireland, up to 106 mm of rain is till end of the week expected and regional floods can appear. In the UK, accumulated precipitation up to 50 mm are expected in Wales and Scotland during next days.

Till the end of week, ex-Kyle will move over Scandinavia, and on Thursday and Friday, before its arrival, a short heatwave will occur in France and Central Europe in its warm sector.

Then, next ex-tropical storms and ex-hurricanes will be shifting over European coast during the next 16 days.

Mkweather warnings for Thursday and Friday: