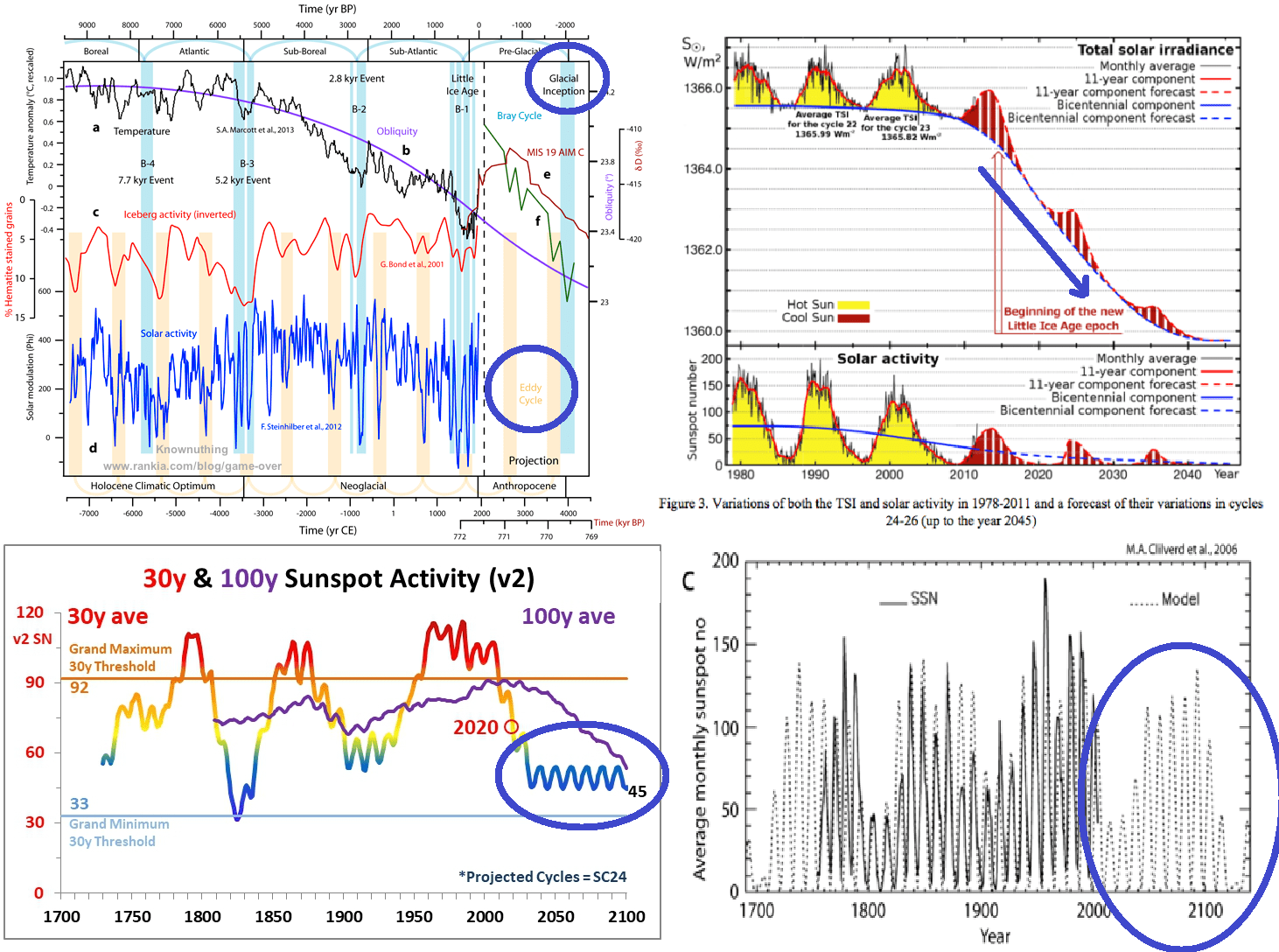 The worst in a closer future should come according to professionals after the years 2095 – 2200 (30-50 year windows), but with a weakening of solar cycles, we are experiencing just these years – involving solar cycles 24 and 25.

Minimum of solar cycles are traditionally associated with a higher probability of colder Earth temperature outbreaks, AO- / NAO- phases, QBO-, wet MJO, or even higher volcanic activity (some of them with higher, some only with very weak, but still signal).

Low solar activity should be linked with a current (2020-2022) colder Earth´s outbreaks, but climate change projections into 2100 are abnormally hot, despite a declining trend of solar activity in the next decades.

Yes, CO2 should be a really important factor in the 21st century, but there have started to appear many unanswered questions about a far future.

Scientists researching the solar cycle have pointed out, that after 2095 – 2200, longer centennial solar minima are expected and very low solar activity should with long-term fluctuations continue until cca year 3500!

Many findings associated with predictions of solar activity are linked with a behavior of orbital cycles of 4 important planets – Venus, Earth, Jupiter, and Uranus /https://www.linkedin.com/pulse/schwabe-cycle-variability-ulric-lyons?fbclid=IwAR07pTmpbq-H1pWeLw_9X2DRsfFHcndwhwYmFjBYtmphH6TV0nrV8NNraiM/. Grand solar minima series have begun from 2225 BC (the 4.2kyr event), 1360 BC, 500 BC, 350 AD, 1215 AD, and the next series is expected from around 2095.

Modern (Little) Ice Age, Grand Solar Minimum, or Glacial Interception – it´s a words, which should describe the behavior of sun cycles and global climate in the next 2 millenniums.

It is a big question, how will be climate change influenced by natural factors associated with the projected weakening of solar activity, mainly after 2100. There is a possibility, that after a century of a fight against climate change, a little, or in the worse case a real ice age should replace our enormous effort.