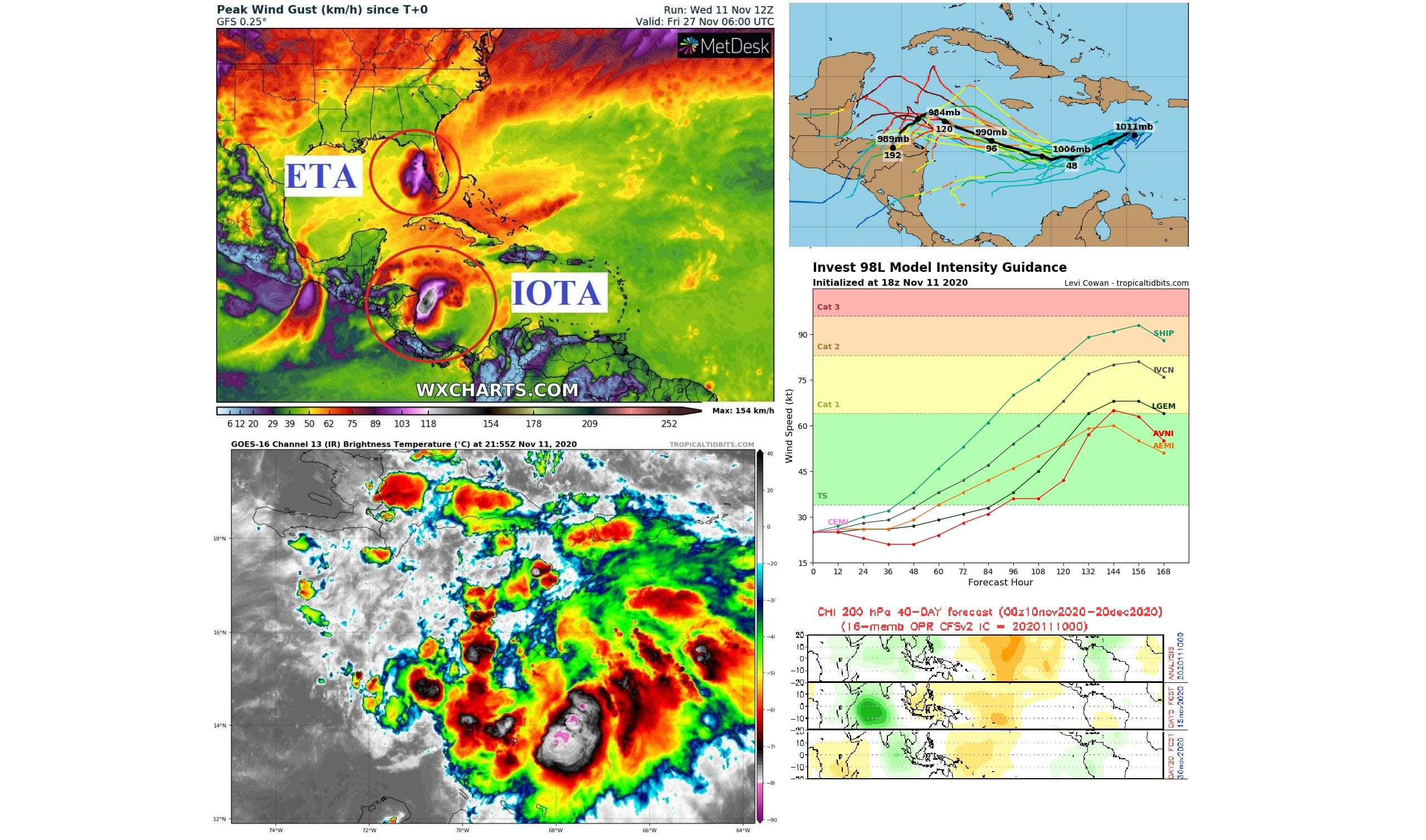 Hard-tried countries of Central America, where Hurricane Eta has left more than 250 dead will be bothered very probably by next powerful hurricane – hurricane Iota, already around Monday and Tuesday, 16.-17. November 2020.

Iota has developed over very warm waters of Caribbean sea during strong La-nina and wet-MJO (MJO-) conditions last days with possible result of a status of tropical storm already from Thursday to Friday, 12.-13. November 2020 and status of hurricane around Sunday, 15. November 2020.

Forecast tools expect stronger winds and precipitation in the southern Caribbean and Central America such as in region, which hit re-strengthened hurricane Eta and day after day predict stronger strength of a hurricane, with the most brave runs expecting Hurricane Category 2 strength.

However, if will start rapid intensification, these forecasts should change yet and Iota should be even stronger. If circulation won´t be favorable for stronger hurricane development, it appears minimally for next tropical storm or Hurricane Category 1, Iota.

System should hit mainly the same countries such as Eta, Category 4 last week – Nicaragua and Honduras, Belize, El Salvador and Guatemala. Possible impact with floods is too in Costa Rica, Panama and southern Mexico.

Hurricane shoudln´t change it direction northward such as Eta, but only on Tuesday, 10. November it appeared, that system will be shifting above Haiti and Dominican republic.

Effect of wet MJO will be until 15. November weakening and MJO will be neutral over Caribbean. Next around a week lasting wet MJO phase is expected around 30. November 2020, when it should appear next tropical threats in region, despite of very late date in calendar.

Next possible tropical storm in North Atlantic will be named such as Kappa.

(Visited 107 times, 1 visits today)
Liked it? Take a second to support on Patreon!