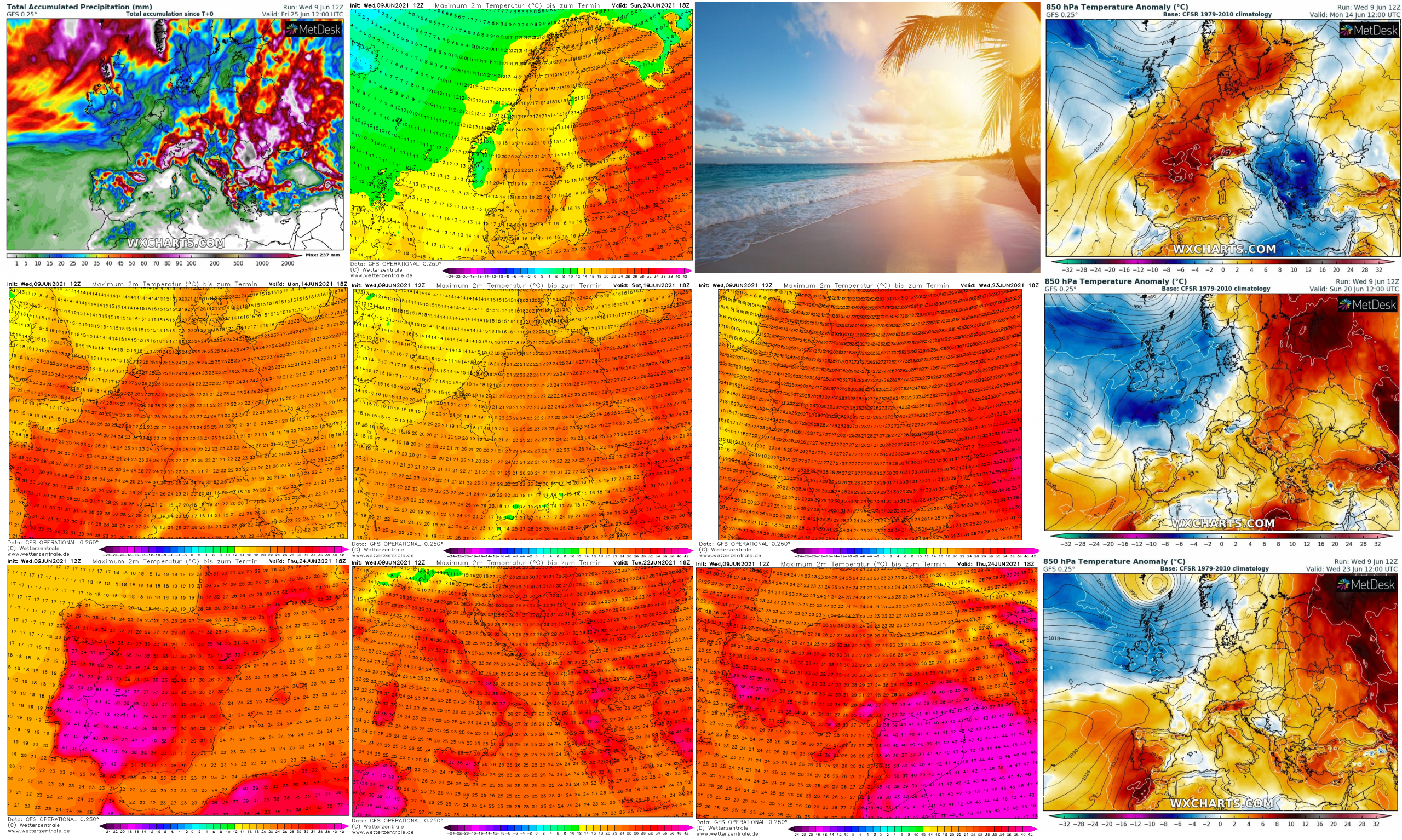 The first +40°C of the year in Europe was measured on Tuesday, 8. June 2021 in the Spain (+40,4°C in Andujar) and in Perpignan, France on Wednesday 9. June reported +32,8°C (already a new heatwave after cold front). In Podgorica, Montenegro on Wednesday 9. June +33,4°C was measured (before cold front, yet). Europe according to the newest forecasts expects extremely hot (even hotter), and it appears that longer periods with heatwaves in June 2021 such was only before a few days forecasted.

Cooldown in the 4th-5th pentade of the month should be milder and mainly shorter in continental parts (but still relatively long in British Islands) such was forecasted and return of heatwaves should be a question of a few days only.

While current heatwave should produce in the Spain and Portugal temperatures “only” up to +42°C, the next heatwave around 25. June should bring anomalous +46°C (!) what are for sensitive people life-threating temperatures.

In Central Europe already the next heatwave should bring temperatures up to +35°C (in Germany up to +33°C on 14. June, in East-Central Europe up to +35°C on 19. June according to current outputs; note: cold front will moving above continent more slowly such was expected).

Extreme storms will be limited into wider Black Sea region (Ukraine, eastern Balkan, northern Turkey, Caucasian region), the Alps, the Carpathians and Pyrenees in next period, where should surprise local flash floods.

In many lowlands in Europe, worsening of situation with drought is possible until the end of June 2021 and in dry parts of Mediterranean, wildfire risk will increase.

Colder weather should longer persist mainly in British Islands and parts of coast of NW Europe, while warm tropical advection should regenerate from Iberia above southern France and Italy into Central Europe, Balkan, Eastern Europe and eastern Scandinavia.

Interesting situation should arising above Eastern Europe, where a big region with temperature anomalies around +10°C will around 25. June 2021 be creating, what will be a signal of similar weather development such as in the year 2010.

(Visited 68 times, 1 visits today)
Liked it? Take a second to support on Patreon!