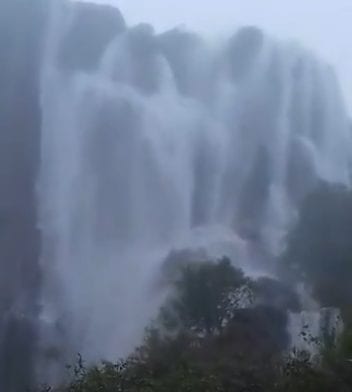 While west coast was influenced by tropical wave from Arabian sea, east and north parts of India hit remnants of typhoon Noul last week. All India has experienced with extreme monsoon again.

September 2020 continues in extreme monsoon trend in 2020. The Santacruz observatory, Mumbai recorded 286.4 mm rainfall during the 24-hour period untill 8.30 AM on Wednesday. Mumbai received its second-highest rainfall in 24 hours in the month of September since 1994 and the fourth-highest rainfall between 1974 to 2020 ever.

With severe floods has fought Bangladesh and Nepal, too. In Bangladesh, regionally has dropped around 700 mm of rain per week, Nepal reported deadly landslides and more than 300 mm of rain in southern regions between 22.-25. September 2020.

Floods and landslides in September has caused tens of dead across Southern Asia. Next heavy rainfall is expected in southern India, east coast of India, Bangladesh, SE India, Myanmar, Thailand, Cambodia and Vietnam until 14. October 2020.

(Visited 110 times, 1 visits today)
Liked it? Take a second to support on Patreon!