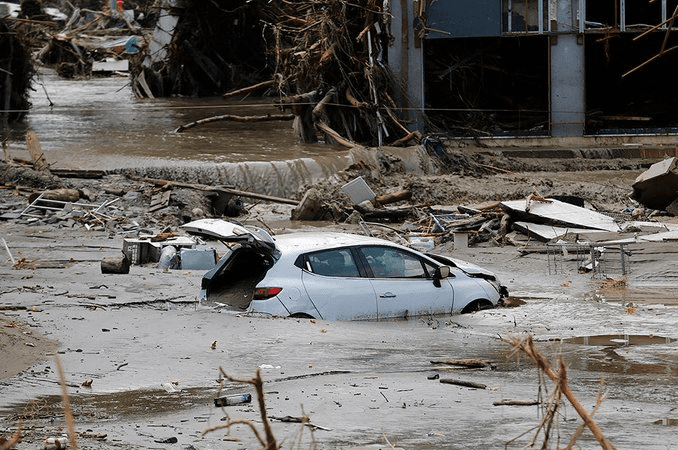 Only before a few days, we informed about floods in Sudan, Chad, Niger, Nigeria, and Cameroon /https://mkweather.com/21-dead-after-floods-in-sudan-sahel-expects-the-next-floods/; https://mkweather.com/sahel-nigeria-chad-niger-cameroon-with-floods-saharan-states-again-near-all-time-records// and floods in the Sahel region continue.

Currently, the biggest problems are reported from Niger, Nigeria, and Somalia.

In Niger, 64 people have died and 69,515 were affected after heavy rainfall that caused floods and landslides, destroying or damaging +5,100 houses during Summer 2021 according to European Humanitarian Aid | West & Central Africa.

Hit were mainly southwestern and southeastern regions of Niger such as parts of Sahel with relatively higher rainfall totals during periods of rain.

Villagers around the Jowhar region on Shabelle River, Somalia, experienced in the last days with floods, too, widespread damages.

Forecasts are relatively bad for western and eastern parts of Western Africa, Central Africa, Ethiopia such as parts of Eastern Africa and Eastern Sahel until the start of September 2021 /look at the map below/.