Home›Articles›Strong signals from ICON-EU: At least in one station could reach -29/-30°C at 2m AGL this night in Poland

Strong signals from ICON-EU: At least in one station could reach -29/-30°C at 2m AGL this night in Poland

While on Sunday, 17. January 2021, temperatures in eastern Poland according to our sources dropped up to -27°C /https://mkweather.com/2021/01/17/poland-the-coldest-night-since-2012-is-here-after-27c-on-sunday-below-30c-on-monday-expected-extreme//, according to forecast models, e.g. ICON-EU, temperature during the following night will fall in eastern Poland anomalously low - model expects signal of -29/-30°C in 2m AGL regionally!

Conditions are excellent - clear skies, weak winds and position in the middle of pressure high with Siberian origin.

Extreme low temperatures should surprise already during next hours, until midnight, because evening´s cooldown is thanks to snow cover and super-conditions very strong.

Oravská Lesná or Červný Kláštor, Slovakia, Czechian frost valleys and basins in Moravia and Carpathian basins in Romania in the borders with Poland, are next tips for possible -30°C until Monday´s morning.

In Czechia, Potštát-Poškov or Vindava, Ostrava´s region, are reporting already -18°C in early evening, Tatranská Javorina and Poprad in Slovakia dropped below -17°C at 18:00.

It will be extremely night - temperatures in many regions haven´t fall so deeply minimally since 2012, therefore, regionally, records after 2000 should be overcame. 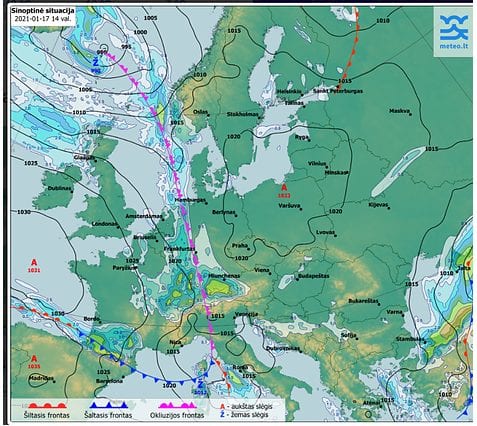 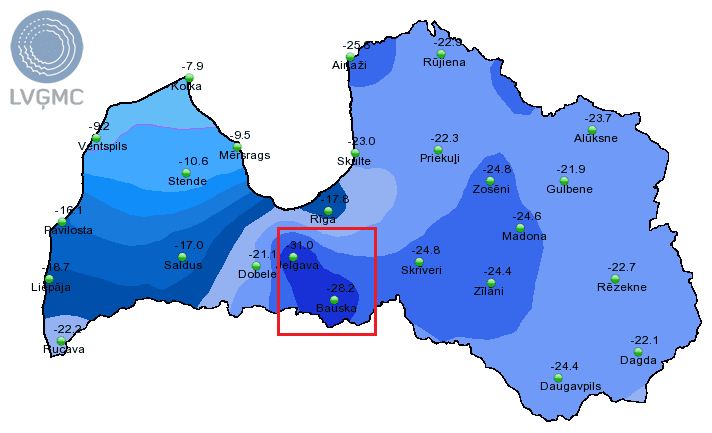