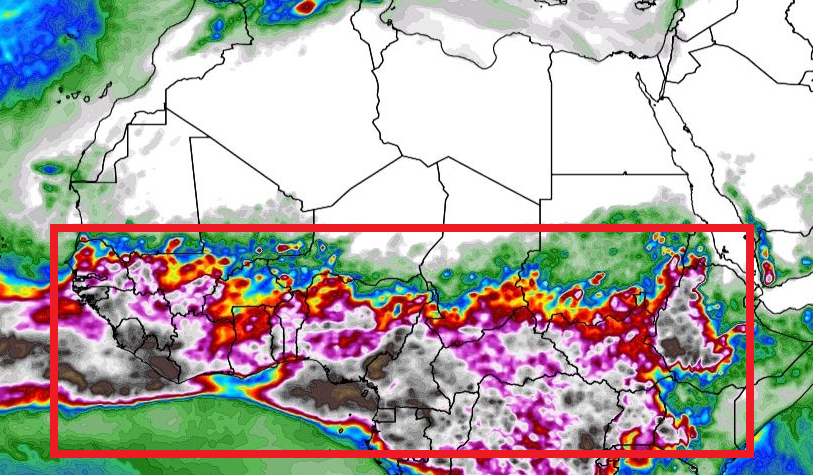 In series of 6 short articles, we will look at the situation in the world in the last few days and period, and then we will concentrate on a situation in Europe and North America.

The first from the series of these articles is describing a situation in subequatorial Africa – mainly the southern Sahel region and Western Africa, where a season of rains is bringing seasonal floods – in the next 3 cases in densely populated areas.

Floods were in the last period reported from Upper West, Ghana – savannah regions got anomalous amounts of rainfall and many municipalities were flooded.

According to /https://www.modernghana.com/news/1103945/weeklong-torrential-rainfall-splits-daboya-busunu.html/, floods arrived after week-lasting downpours around 4.-11. September 2021.

Floodwater in the metropolitan city was reaching more than 1 meter.

While Nile in southern parts of Sudan reported in early September 2021 the highest levels in all-time history.

Over 61 000 people were affected by floods in White Nile State. 35 000 refugees among those affected – people have relocated to higher ground.

According to long-term forecasts until 5. October 2021 – heavy rains are forecasted for a belt from Senegal to Ethiopia and DR Congo in the south, with the strongest rainfall in Guinea-Bissau, western Gambia, Sierra Leone, Liberia, southern and eastern Nigeria, Cameroon, Equatorial Guinea, Gabon, northern and central Congo, the northern half of DR Congo, Uganda, and western Ethiopia, where a risk of floods will be the highest.