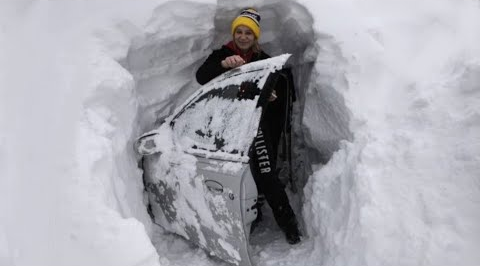 Swedish media have informed, that parts of the coutnry reports record snowfall in a decade. Region of Västernorrland reports locally more than 1 meter of fresh snow in low situated areas.

Moreover, extreme frosts around -40°C have returned into parts of Sweden (Nattavaara on Thursday -39,7°C) and forecast for the last January pentade are drastically cold, with possible -45°C.

It´s the strongest frosts in the region since the end of December 2020, when in Norway was measured -43,3°C and in Finland -41,1°C, the lowest December temperatures in Norway since 2001 and in Finalnd since 1995 /https://mkweather.com/2020/12/29/siberian-blocking-extreme-cold-air-in-norway-433c-finland-411c-only-week-after-all-time-december-scandinavian-record-18c//.

Summary of temperature records from Europe during last days

In parts of the UK, current coldwave have produced regionally the coldest times since legandary year 2010 /https://mkweather.com/2021/01/10/the-uk-and-ireland-siberian-winter-will-come-back-last-nights-regionally-coldest-since-legendary-2010//.