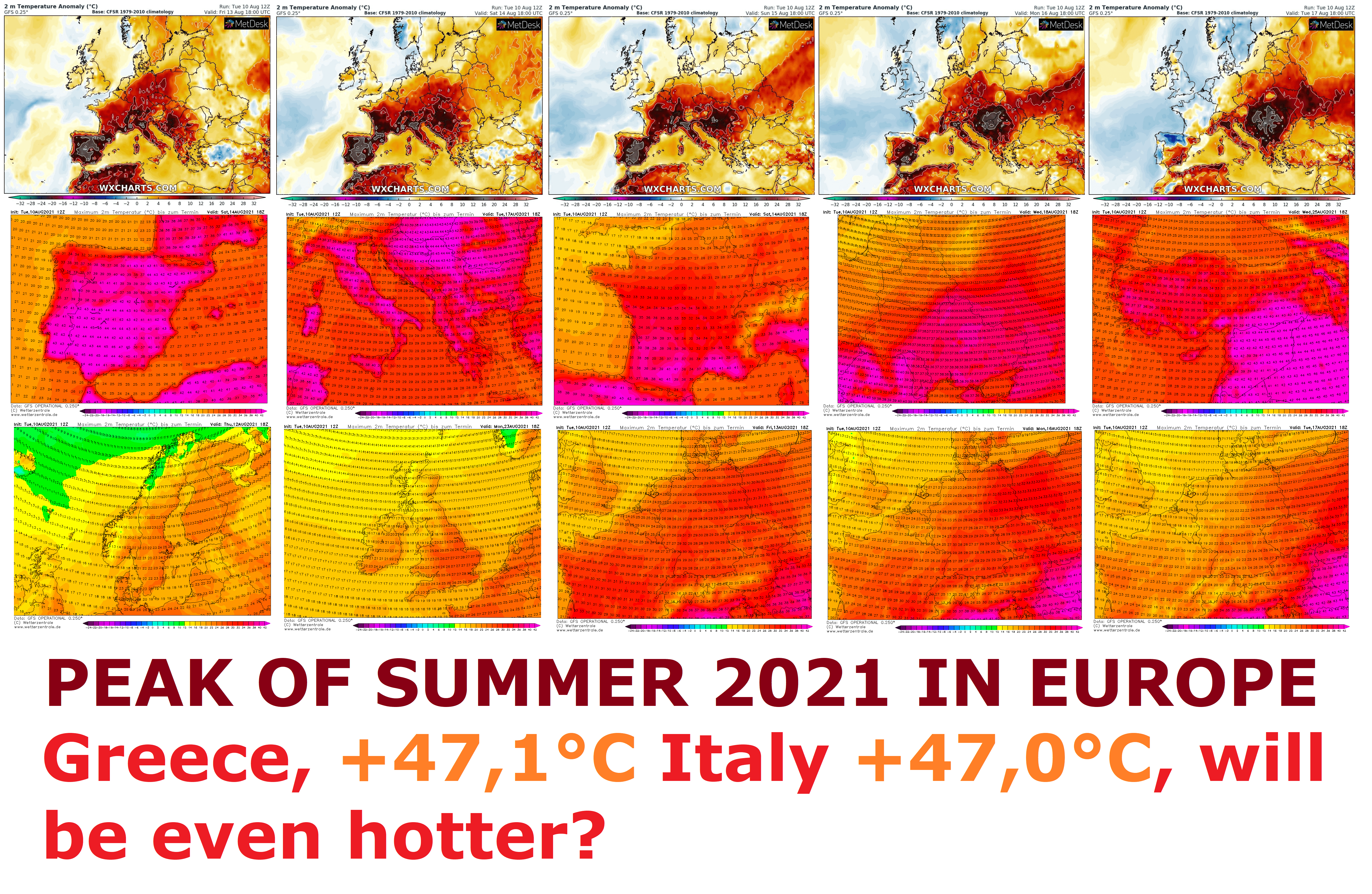 Only in early August, +47,1°C was measured in Greece (0,9°C below European temperature record from Athens) /https://mkweather.com/greece-471c-only-09c-below-european-record-north-macedonia-441c-bulgaria-425c-and-tirana-albania-422c-all-time-record-while-wildfires-are-raging-across-all-mediterranean// and it´s possible, that during the next period, European record, such as many national temperature records across Europe will be in a big danger!

If all-time records in important parts of Europe such as Spain, Italy, or Greece will be broken and moreover will fall many temperature records across the southern half of Europe, it should be considered as the strongest European heatwave in history.

Colder will be only northern half of Europe, still with summer days above +25°C, or rarely tropical days (above +30°C), while heatwave in British Islands and from the west should regenerate and shift above Europe preliminary during the last August week and in early September!

Heatwave mainly in the southern half, but too in continental Europe, will be a big test for rescue services (important to follow drinking regime, protect before the sun) – red warnings are very probable in almost all countries in the southern half of the continent, with the deadly character of heatwaves.

Moreover, drought and wildfires will make big problems mainly in the Mediterranean, where are already now regionally the worst since the record has begun (2003).

According to preliminary information, September in Europe should be even warmer, but in October, early coldwaves near AO-/NAO- are possible, with severe cooldowns, heavy rains, winds, or even snowfall, with subsequent possible worsening of COVID crisis.

If you live in the Mediterranean or continental Europe, we strongly recommend you to watch current weather news, warnings, forecasts, and advisories.