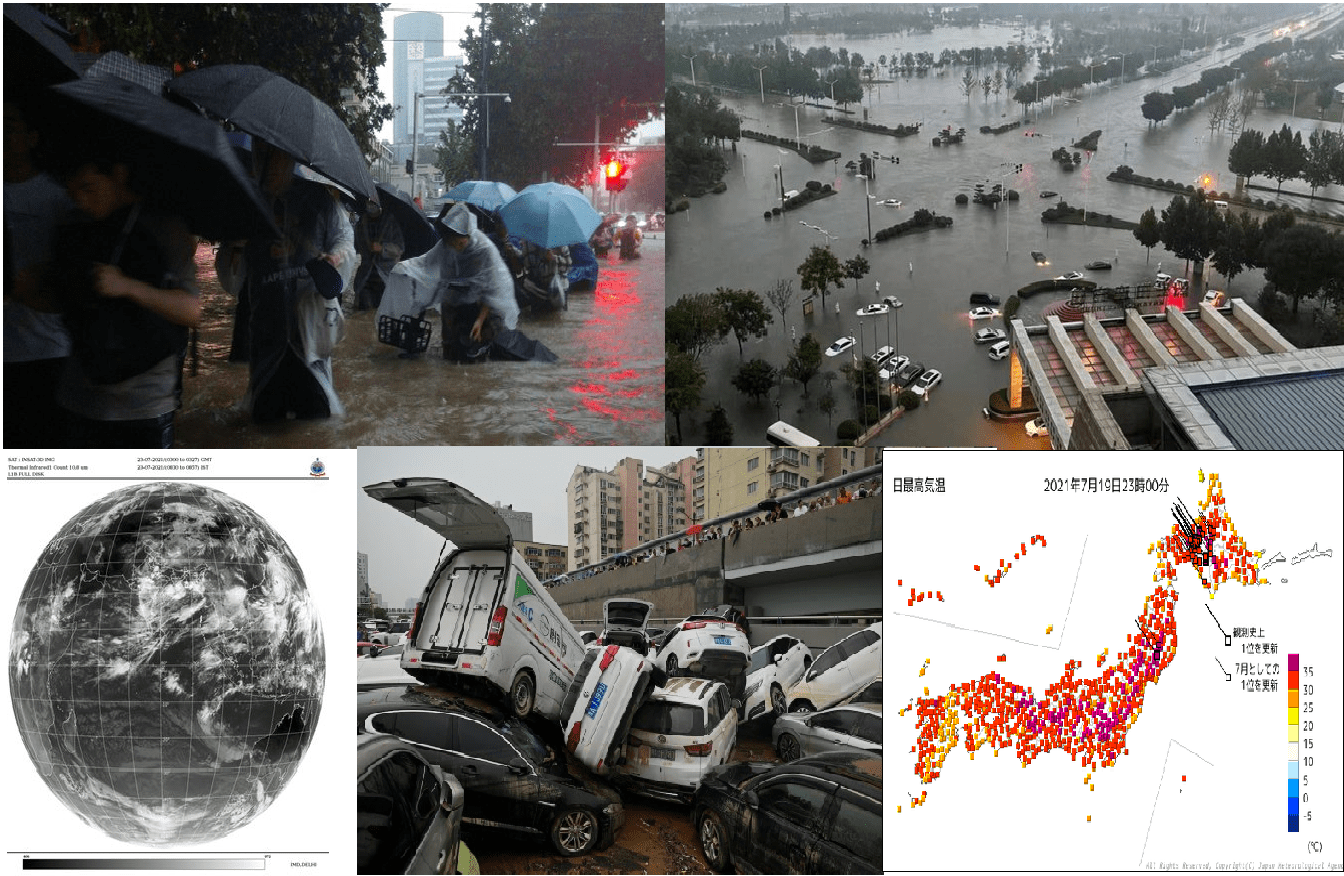 3 dangerous typhoons have threatened / will threaten the region of Eastern Asia in the middle of Summer 2021.

While typhoons Cempaka and In Fa hit/hits mainly China and partly Philippines, Taiwan, Japanese islands or Korea, above Olympic Games center – Tokyo is moving the next possible typhoon – Typhoon Nepartak, which will bring severe winds and heavy rains.

In Japan, before the arrival of cyclonic, rainy, and stormy weather, a powerful heatwave appeared – on 18. July 2021 in Sakaino, Hokkaido, +37,4°C was measured (all-time record and one of rare +37°C and more temperatures in northernmost Japanese island). The next all-time records fell in Naganuma with +34,9°C, Kuromatsunai with +34,5°C, Shiraoi with +33,3°C, and Oshamambe with +32,6°C.

Extremely hot was even in Poronaysk, Sahkalin island, Russia, +35,3°C (a new all-time record for the station).

According to 16-day forecasts, the heaviest rainfall is forecasted until 8. August along the Chinese coast, in Tokyo region, Japan, in Taiwan, southern China, and the northern Philippines.