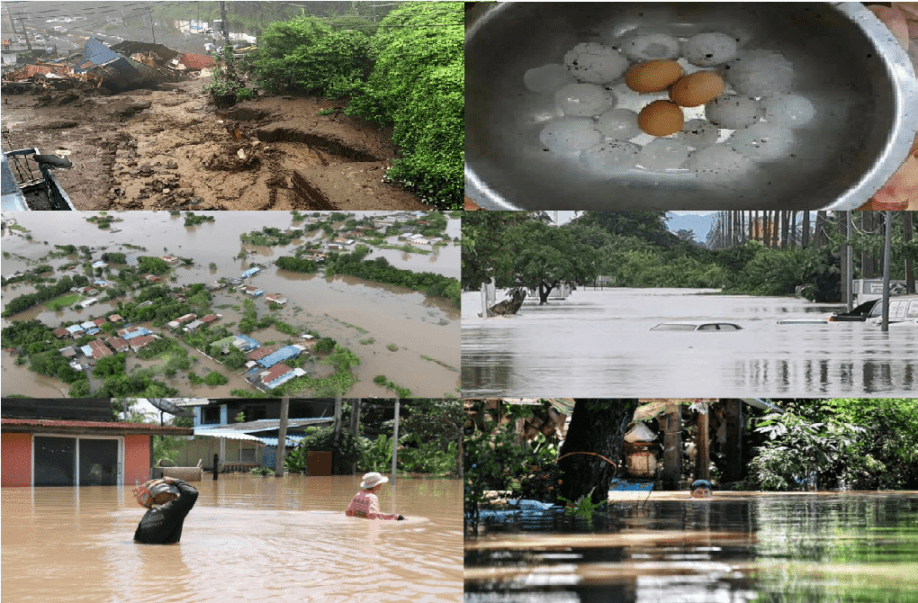 At the end of September 2021, Southeastern Asia was hit by Tropical storm Dianmu.

The system was bringing heavy rains and strong winds and the worst situation was in Thailand, where almost half of the country reported floods.

In some regions of Thailand, 1,5-meter high floodwater flooded cities and agricultural lands, with a result of 7 dead, so far.

The system was shifting from east to west – the first was hit Vietnam, Cambodia, and Laos, then Thailand and Myanmar.

In Cambodia, floods appeared regionally too and problems are reported from parts of Indonesia, too.

Very dramatic was in the last period situation in Japan and China – before the arrival of Supertyphzoon Mindulle /https://mkweather.com/supertyphoon-mindulle-ex-cat-5-hit-japan-150-km-h-winds-and-260-mm-rains-near-tokyo/#/, severe heatwaves hit almost all East Asia, with various severe storm systems across China.

While severe floods appeared in Henan or Sichuan, Yantai reported a tornado and egg-sized hailstorms in the last days /Tweets below/.

Now, parts of China and East Siberia expect coldwaves, and Indian summer should arrive only later.

Meanwhile, Southeastern Asia expects persisting monsoon rains, with regional floods (La Nina) and thanks to cloudiness warmer nights, and overall average temperatures during the next months.