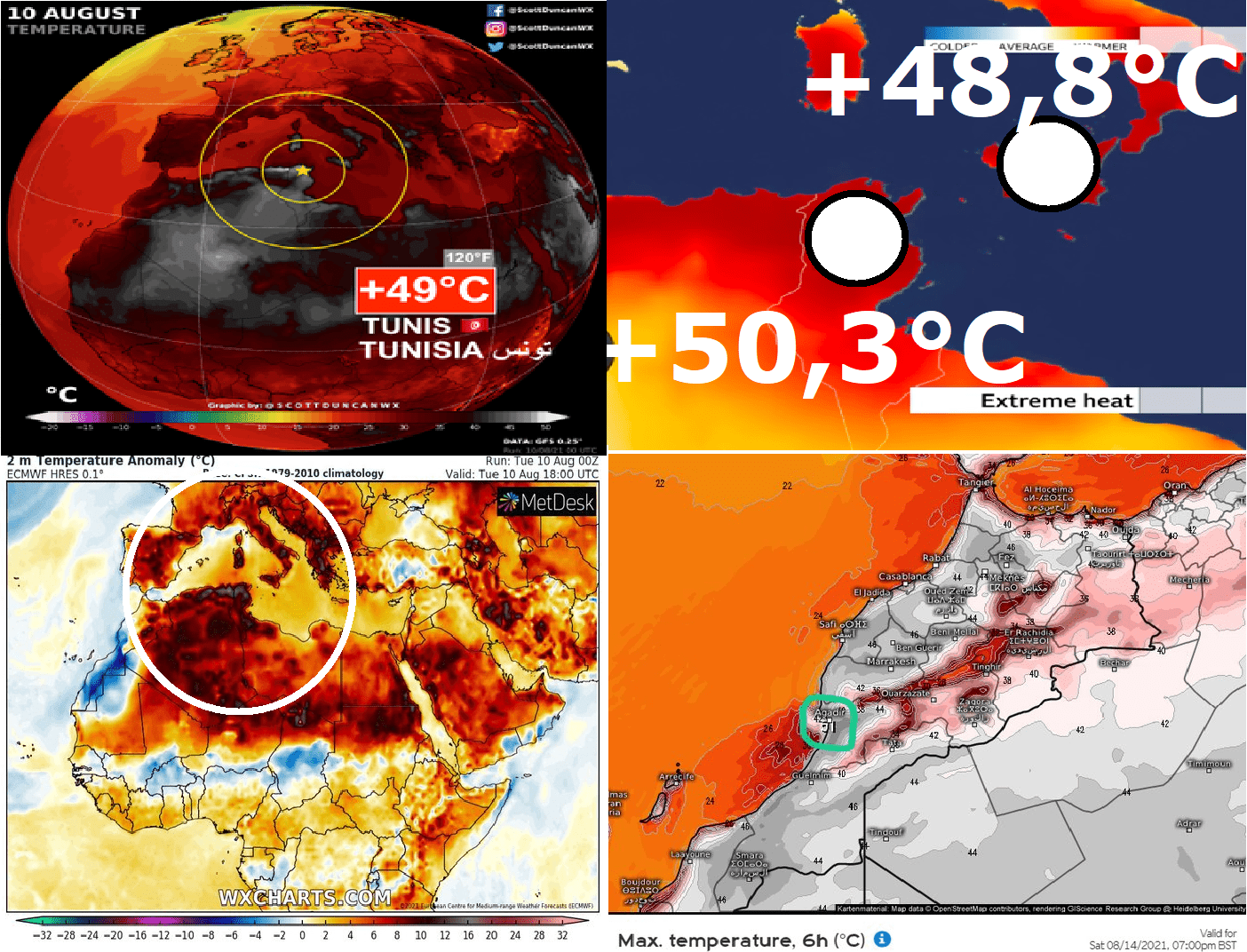 The extreme synoptic situation in North Africa and southern Europe!

After all-time European record in Italy (+48,8°C) /https://mkweather.com/siracusa-italy-488c-european-all-time-temperature-record-was-broken// and deadly wildfires in Algeria (69 dead) /https://mkweather.com/natural-disaster-in-algeria-69-dead-after-disastrous-wildfires-due-to-50c-heatwaves//, the next important fact from the region is coming – in Tunisia was measured the highest temperature in all-time modern history!

According to /https://twitter.com/extremetemps/, all-time temperature records were broken in many cities across Tunisia and Algeria (and Italy) in the last days /tweets below and other tweets/.

During the next period, a regenerating of the heatwave is forecasted and already around Saturday, 14. August, +51°C is forecasted by the American model for Agadir, Morocco, and +50°C heatwaves should hit parts of Algeria and Tunisia.

In Europe, the closest heatwave will be peaking until 20. August, but at the end of August 2021 and at the start of September 2021, the next extreme heatwave is in outlook.

This atmospheric circulation associated with a peak of wildfire season 2021 in North Africa and Europe is disturbing and mainly Mediterranean wildfires across both continents should burn record areas. Already now is situation regionally the worst since modern records have begun, the year 2003.

Forecasts until 25. August is anomalously hot, with continuing severe heatwaves and wildfires in the region. All Sahara will be extremely hot, but northwestern parts will be the hottest. We should see many new temperature records in the region, yet.