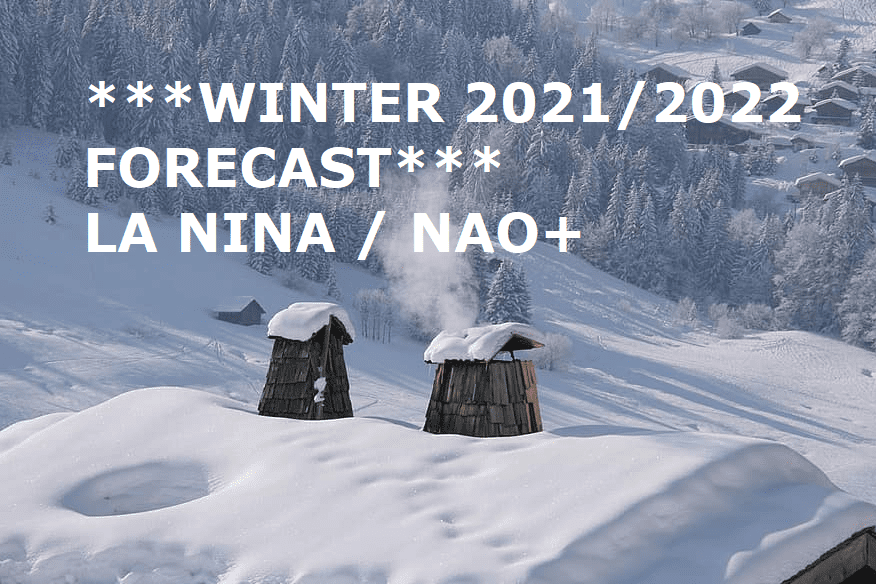 La Nina will be in the next winter season really strong, which is giving big hopes for colder Earth, creating the next powerful cold blasts across Northern Hemisphere.

However, according to geopotential and teleconnection forecasts, NAO+ should appear in December and January 2021 after cold NAO- / AO- Autumn 2021 – mainly cold November (in Europe), when it appears for early cold blasts.

NAO+ is associated in Europe with western and southern airflow and warm conditions, while parts of eastern Canada are very cold and parts of eastern USA are experiencing with powerful coldwaves.

February and March 2022 should after NAO+ December and January 2021/2022 surprise, yet – above Greenland sector in geopotential maps below is evident accumulation of extremely cold air above Greenland, which very probably in the next period will find a way into Europe.

During Autumn 2021, powerful Hurricane season 2021 is forecasted, which should significantly contribute to early winter season cold blasts during autumn months. However, Typhoon season will be calmer, with a possibility of dry conditions in Eastern Asia (including China), with a possibility of early frosts, too. Cyclone season in India and rainfall in SE Asia should bring more rainfall as usual, with widespread floods and weaker heatwaves.

QBO appears to transit from easterly to westerly phase during Winter 2021/2022 – easterly phase has a bigger potential for “Beasts from the East” and this phase will be here all Autumn 2021, winter will be relatively QBO neutral.

MJO 40 day forecast sees chances for tropical development in Northern Atlantic between 5.-20. August, while September 2021 should start with the dry MJO phase, without powerful hurricanes. Hurricane season therefore will start later, maybe in the second half of September, and with ex-hurricanes and ex-tropical cyclones, the first serious cooldowns should appear in the second half of the month or in October 2021.

CFS forecast maps were in comparison with previous versions modified to colder temperature anomalies, but still drier Mediterranean in winter months (a sign of NAO+).

Between a pre-dominant NAO+ however, should in colder conditions around the Earth surprise shorter, but still very intensive cold Arctic blasts during the winter and overall character of the season should be relatively better, such we could expect during advanced phase of climate change. 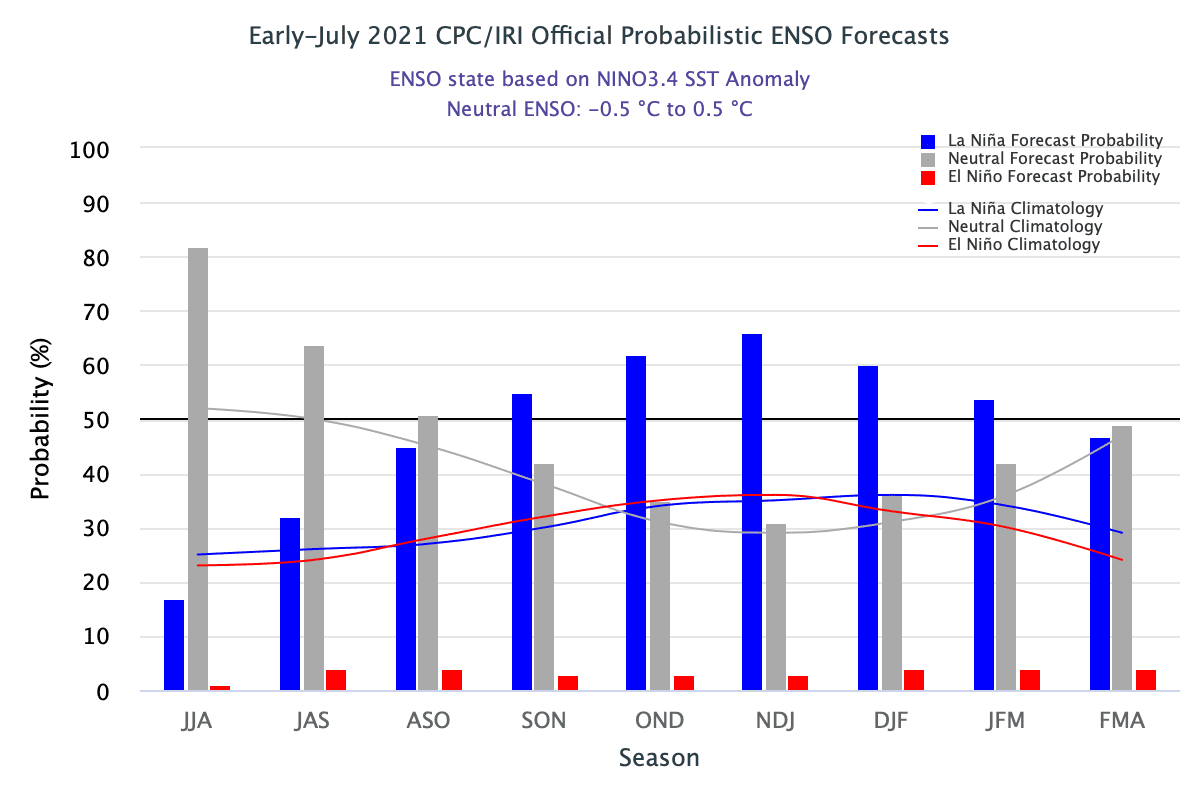 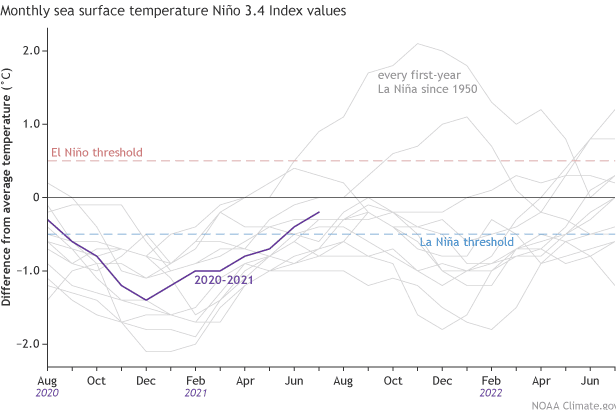 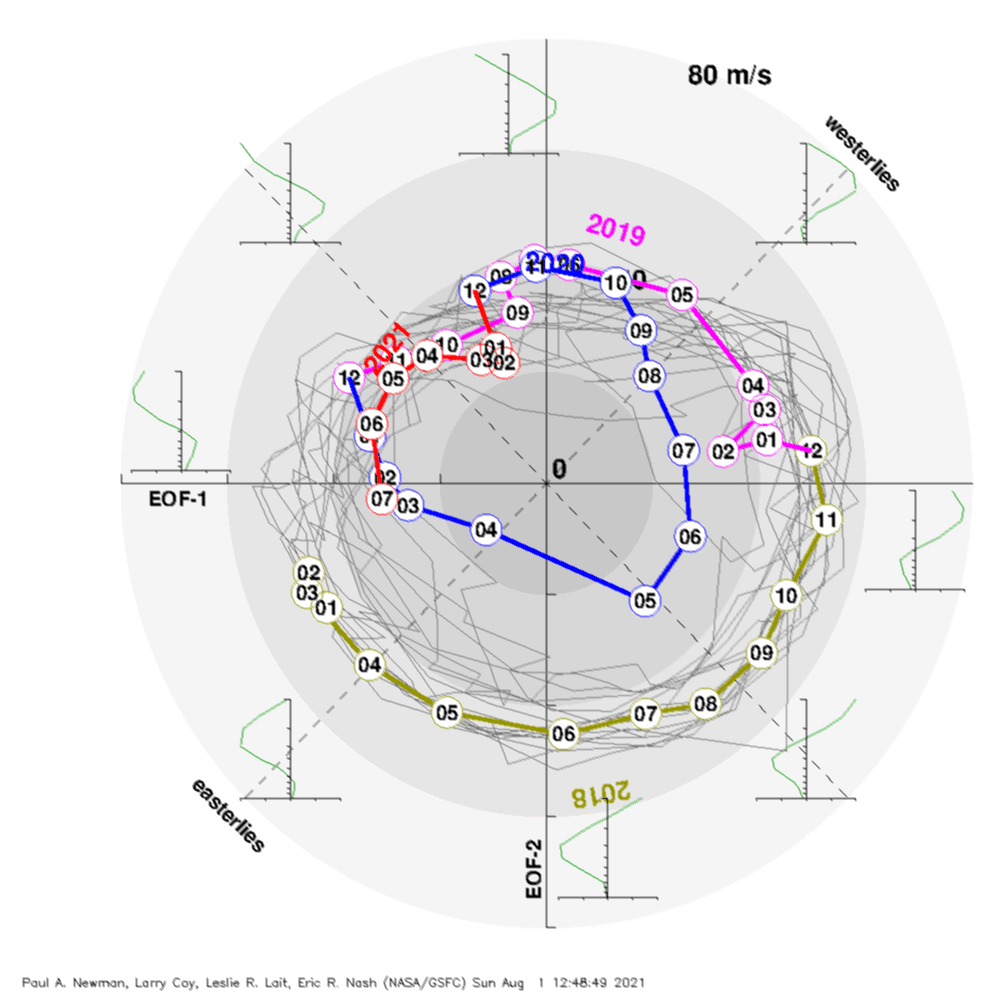 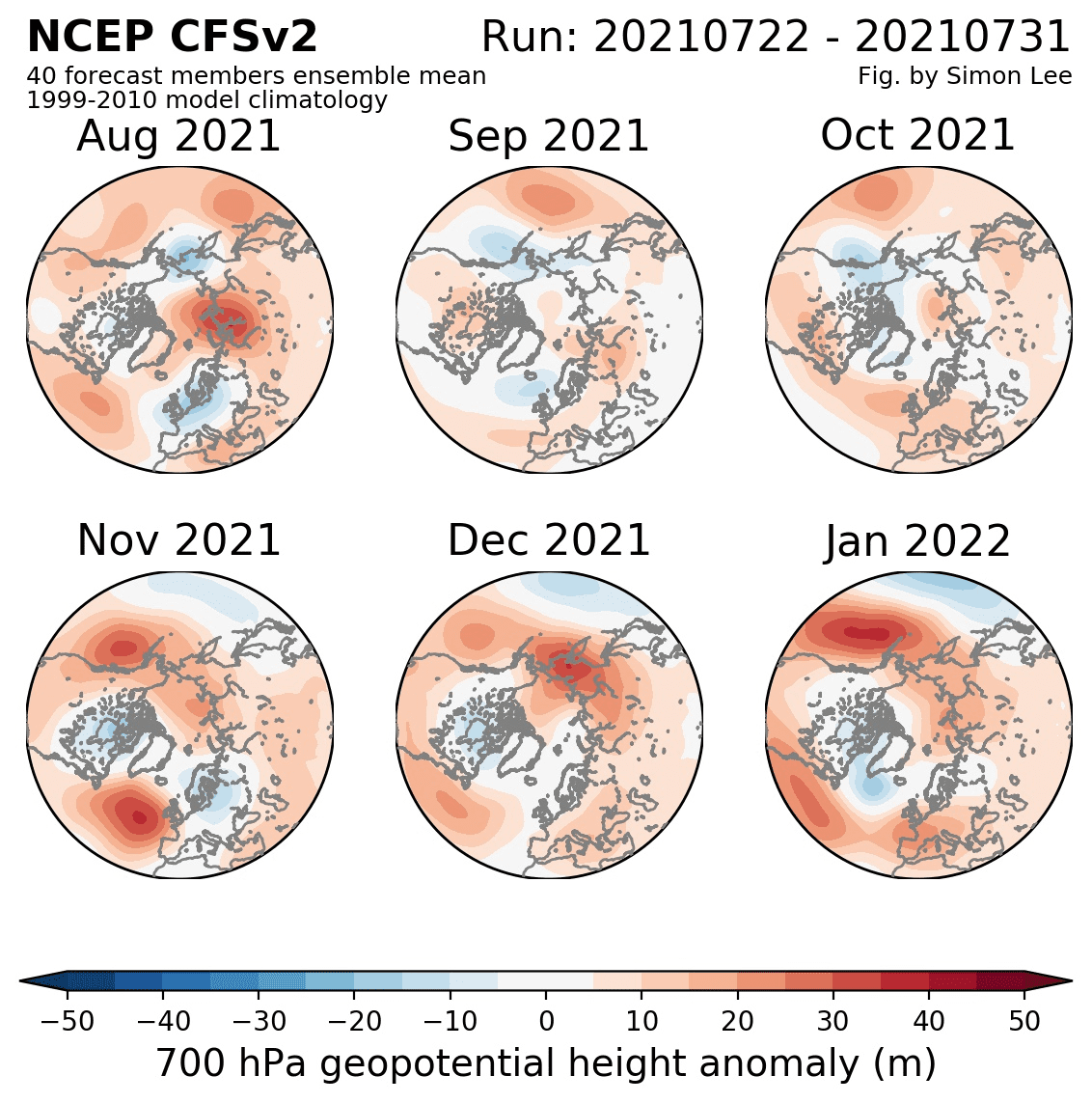 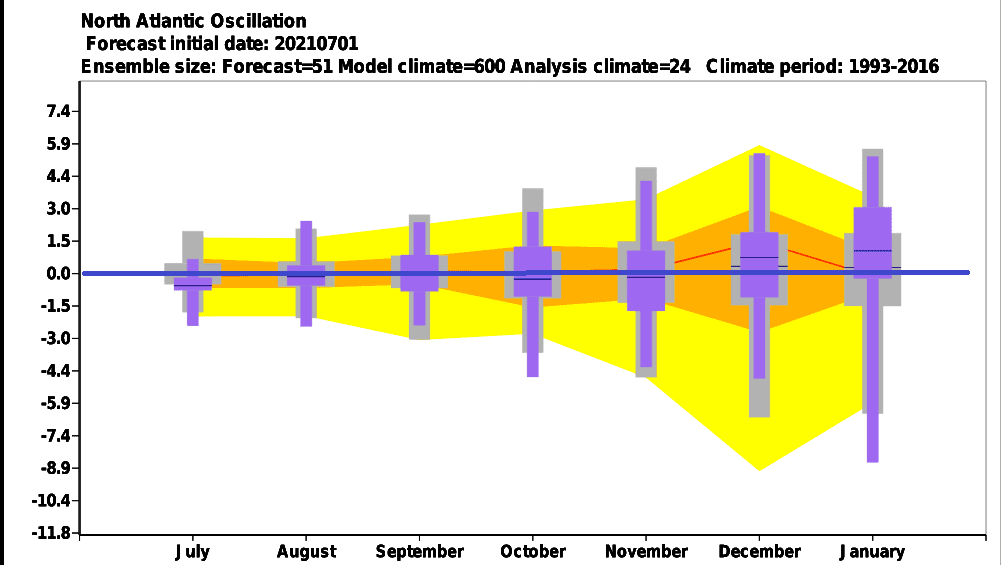 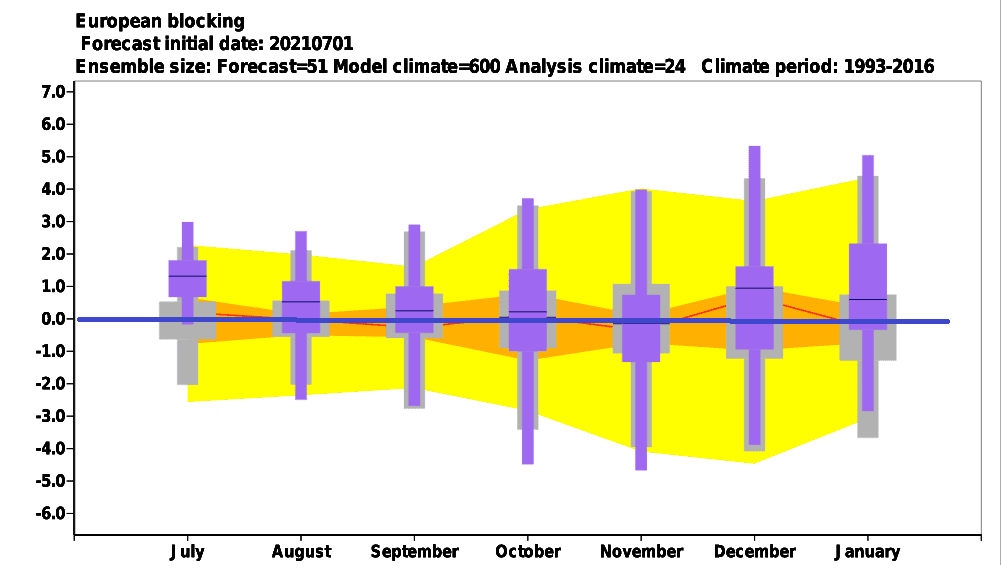 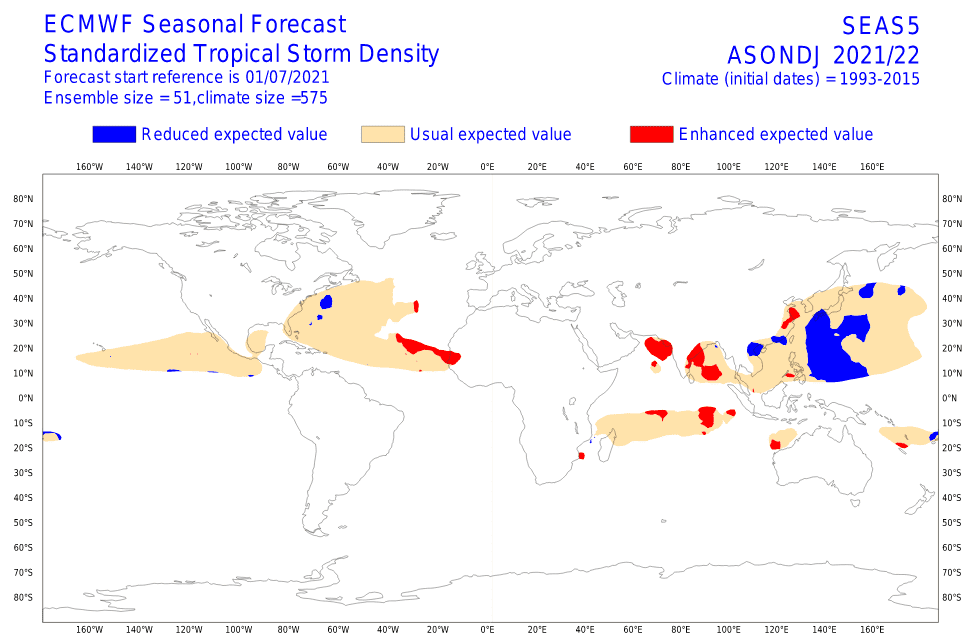 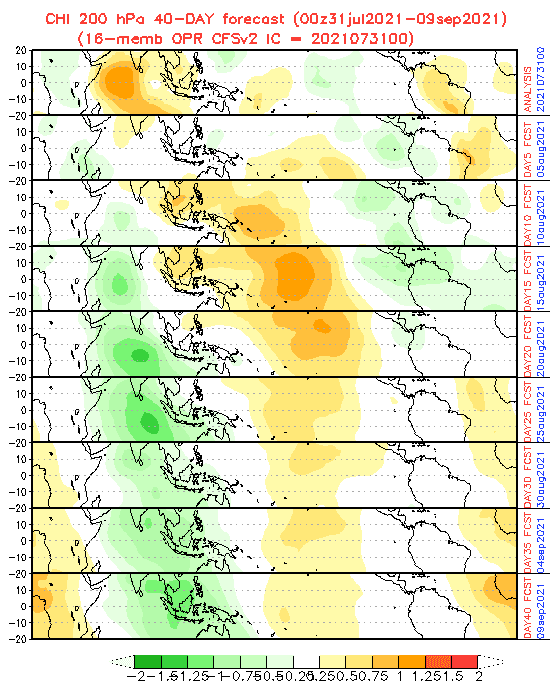 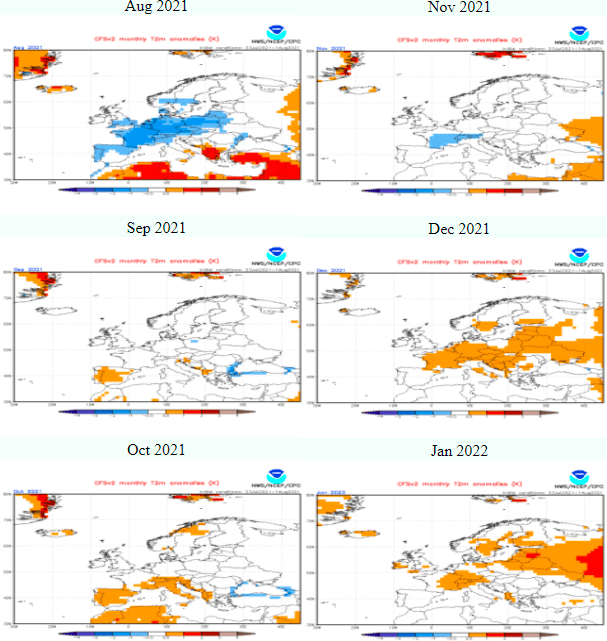 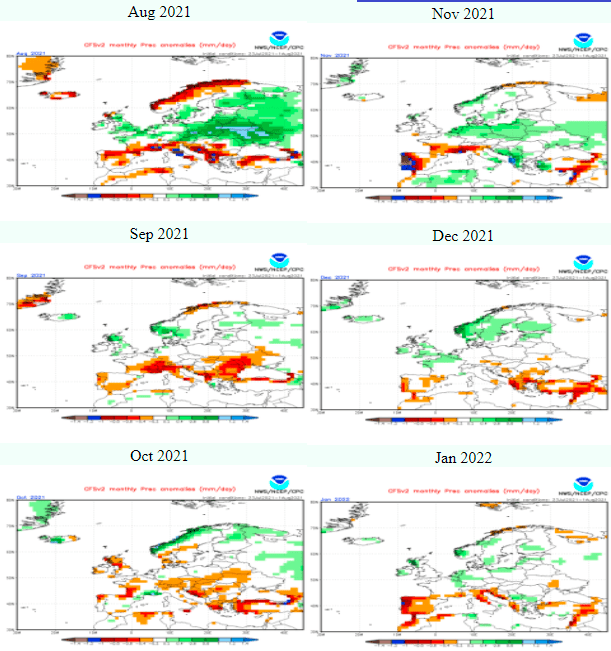 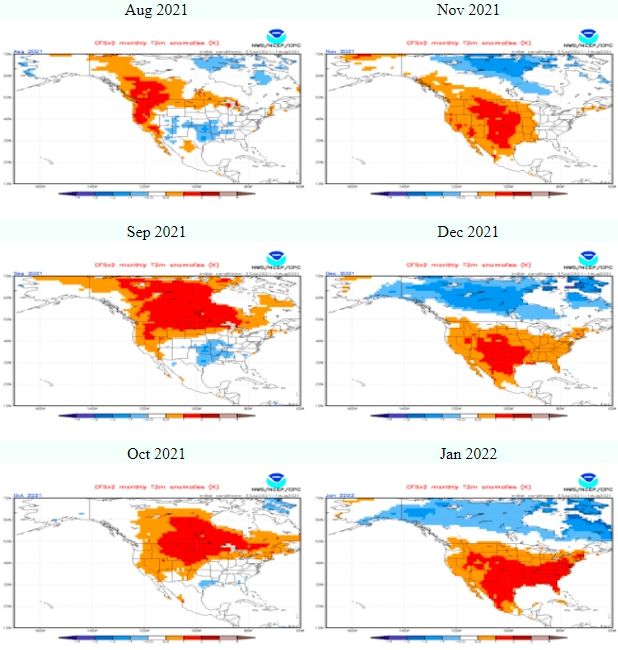 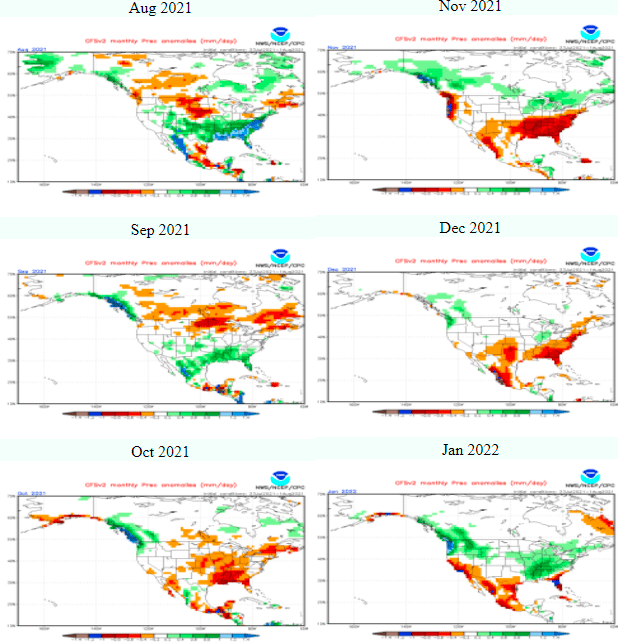 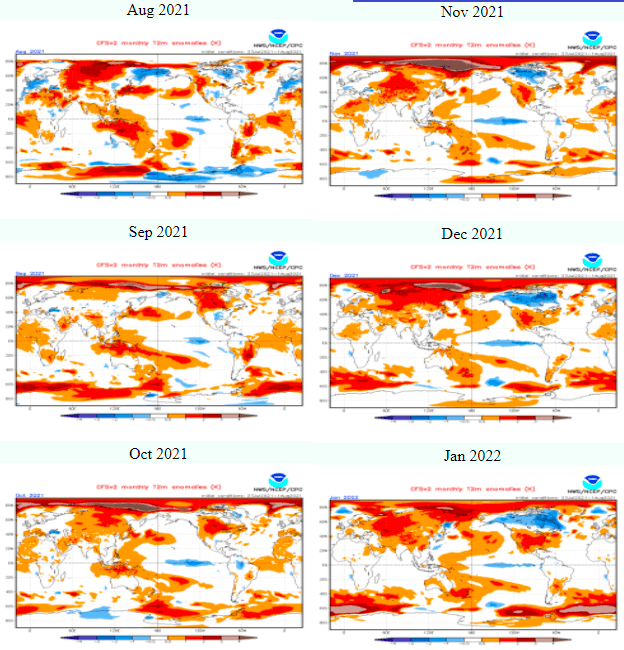 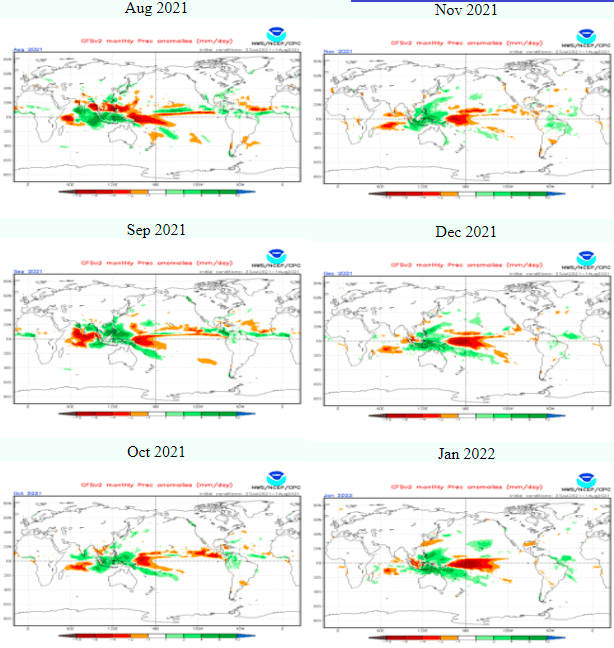