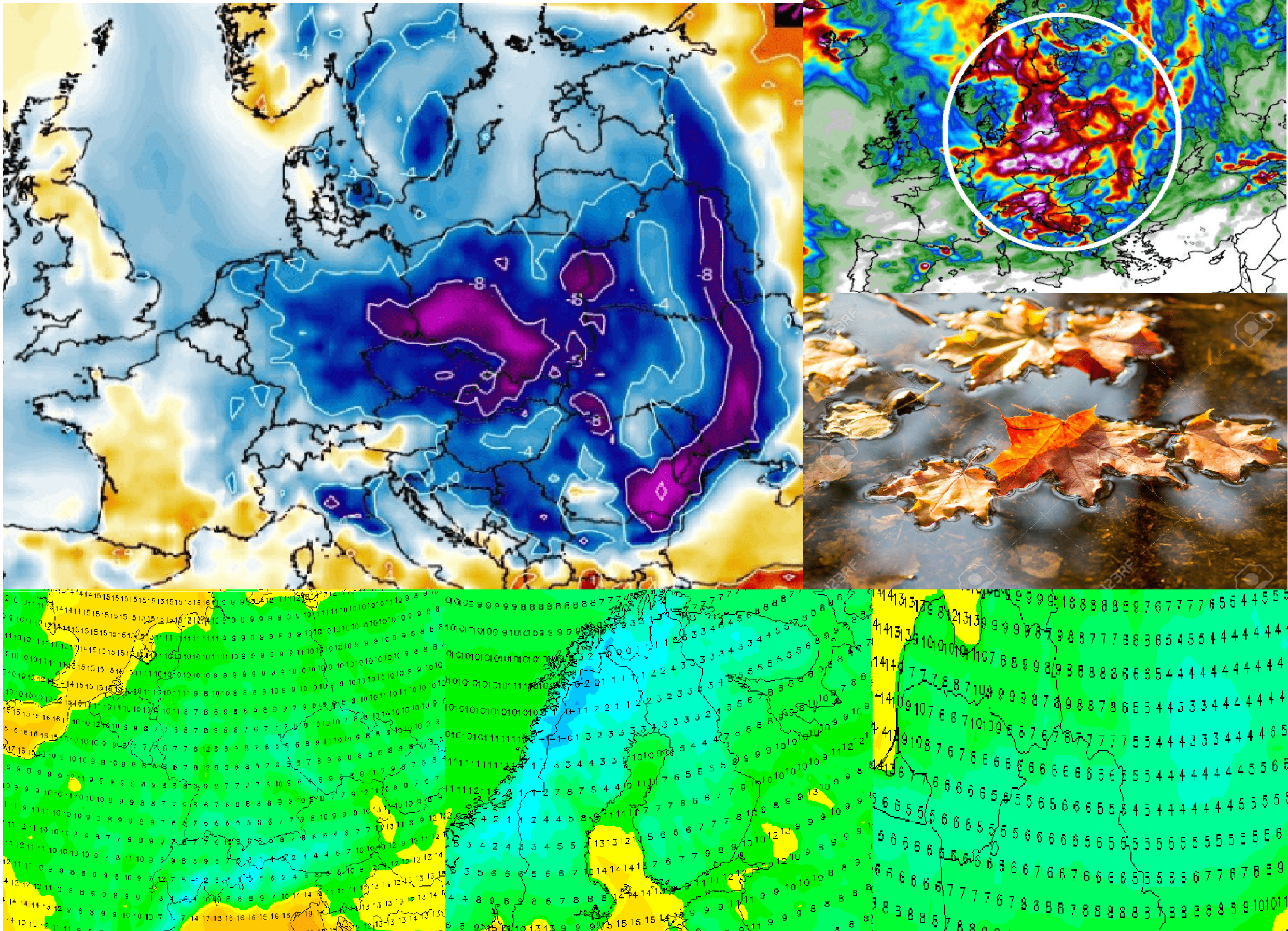 Before a powerful cooldown at the end of August and the start of September 2021, we warned in previous articles /https://mkweather.com/the-first-siberian-blast-in-europe-already-at-the-end-of-august-the-first-frosts-and-ground-frosts-in-valleys-and-basins/; https://mkweather.com/autumn-in-europe-is-coming-the-last-august-days-brings-the-arctic-blast-temperatures-rarely-should-drop-to-3c-and-the-first-ground-frosts-are-possible//.

Forecasts are confirming and between 23. August and 1., maybe 6. September (together 10-15 days!) Europe will sink into a powerful coldwave thanks to the air of the Arctic and Siberian origin.

Cold weather will be during some days accompanied by rain, wind, and cloudiness, therefore maximum temperatures in chosen regions of continental Europe will reach only +8/+14°C (!!!), while wind-chill should be even lower, locally below +5°C during the daytime!

Minimum temperatures in selected valleys and basins should drop into +5/0°C, with the first ground frosts, very rarely frosts, of the season, in Scandinavia should appear frosts up to -5°C already early next week and snowing in Lapland.

The most hit by severe coldwaves will be continental Europe, the Baltic region, northern and western Eastern Europe, northern Balkan and Scandinavia, but the fresh air will arrive into Iberia, British Islands, or the Mediterranean partially, too.

Heavy rain is forecasted mainly in eastern parts of continental Europe and the Baltic region and medicines above the Mediterranean are surprisingly not forecasted, for now.

Autumn-like weather will be very probably linked with a worsening of the virological situation and some sensitive plants will need protection.

Thanks to cold weather, it will be important warm clothes and high-country tourism will be difficult to practice. In the mountains, severe winds such as the first season snowfall should appear – mainly in the Alps, Carpathians, Dinars, and Scandinavian Mountains. Windy should be parts of the Mediterranean such as some lowlands, too.

After a coldwave, during the 1st September decade, the next Saharan heatwave should surprise, therefore if you will saying goodbye to Summer 2021, you should be surprised by its unexpected and powerful return, yet.

(Visited 371 times, 1 visits today)
Liked it? Take a second to support on Patreon!